The stock fell more than 14 percent in Friday trading, in its worst day since 2006.

Here’s how the company performed:

As a whole, the enterprise software company said in a statement that revenue rose 20 percent year over year in the quarter. Red Hat saw a 48 percent increase in the number of deals above $1 million that it closed during the quarter, CEO Jim Whitehurst said on a Thursday conference call with analysts.

Most of Red Hat’s revenue comes from subscriptions, and they yield more gross profit than training and services at the company. Subscription revenue in the quarter grew 19.3 percent, coming in at $711.5 million. That’s just below the $713 million Thomson Reuters consensus estimate.

In the first quarter of the 2019 fiscal year Red Hat announced an expanded partnership with Juniper, announced it was working with Microsoft to bring the Red Hat OpenShift software to Microsoft’s Azure cloud and said Al Zollar of private equity firm Siris Capital Group joined its board.

Chief financial officer Eric Shander said in the statement that the company changed its full-year revenue guidance by $50 million “solely” because of foreign exchange rates.

During the call, Shander said that the performance of emerging technology products, including OpenShift and Red Hat’s OpenStack cloud software, is “somewhat offset by a moderated growth rate” in the traditional middleware for application development. That’s happening as companies increasingly start to package up application code into containers, which are an alternative to virtual machines.

But the middleware results were not worse than expected — executives have been indicating at recent events that that category could see a slowdown.

“It’s more of a technology shift than anything,” Whitehurst said.

Cloud infrastructure providers have been rolling out services for running programs inside containers. But at the moment, they don’t present a challenge for Red Hat.

“I am sure there are people going on and using those services that we don’t know about. But we have yet to be in competition with any of those services in a meaningful way,” he said.

As of Thursday’s close, Red Hat stock is up about 38 percent since the beginning of 2018. 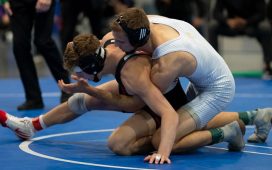 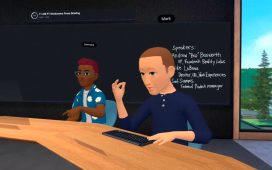