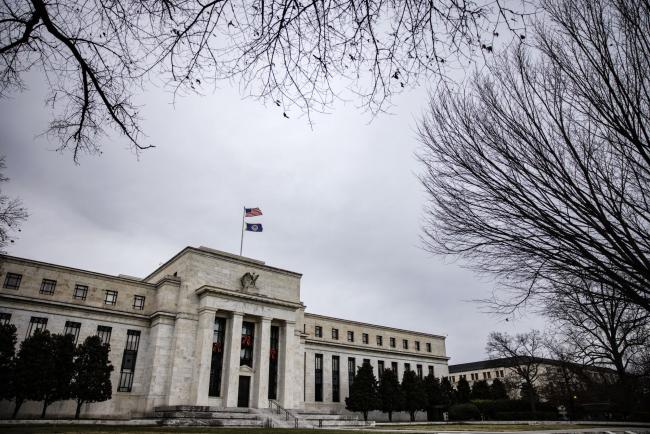 © Bloomberg. The Marriner S. Eccles Federal Reserve building in Washington, D.C., U.S., on Sunday, Dec. 19, 2021. The Federal Reserve chair has tempered his ambition to restore the labor market to its pre-pandemic strength, as the central bank confronts surging inflation and a workforce still constrained by Covid-19. Photographer: Samuel Corum/Bloomberg

(Bloomberg) — U.S. policy makers could stand in the way of large regional-bank takeovers as Democrats in Congress and President Joe Biden’s administration push for greater scrutiny of mergers, according to Cowen Inc.

At greatest risk are deals that create lenders with more than $500 billion in assets, but even smaller tie-ups may be in jeopardy amid increased scrutiny by the Federal Reserve, the Federal Deposit Insurance Corp. and the Office of the Comptroller of the Currency, Cowen analyst Jaret Seiberg wrote in a note to clients Tuesday.

“We are in a period of transition to a new standard for merger approvals, where there is a greater focus on how deals affect the convenience and needs of the community and whether they increase systemic risk,” Seiberg wrote. “Deals that historically would have secured regulatory approval are now at risk. How much risk will depend upon how the Federal Reserve, FDIC and OCC revise their approach to merger reviews.”

Seiberg pointed to a number of recent steps by Democrats to reassess rules for bank deals. Those include House Financial Services Chair Maxine Waters (NYSE:) calling for a moratorium on deal approvals until regulators finish a merger-policy review, and the resignation of Federal Deposit Insurance Corp. Chairman Jelena McWilliams following a dispute with Biden appointees over launching a public-comment period on overhauling bank-merger guidelines.

The moves toward increased financial regulation follow the busiest year for bank mergers and acquisitions since 2007, with more than $61 billion in deals announced through Dec. 9, according to S&P Global (NYSE:).

Pending deals include U.S. Bancorp’s planned $8 billion acquisition of MUFG Union Bank NA, which is scheduled to be completed in the first half of the year and still needs regulatory approval. Agencies were slow to approve a number of deals last year, with three mergers that had awaited action for months not receiving sign-off until Dec. 17, Seiberg wrote.