Boris Johnson hailed the beginning of the end of “our long national hibernation” as he set out a dramatic easing of lockdown rules amid warnings from government scientists that the move was “not risk-free”.

From 4 July in England, households will be allowed to mingle indoors; pubs, restaurants, churches, museums and hairdressers can reopen; and the 2-metre distancing rule will be halved, the prime minister announced.

The government also hopes to announce “air bridges” with “core” European holiday destinations in time for next Monday’s review of the 14-day quarantine policy, it is understood. On Monday, millions of vulnerable people were told they can meet in groups from 6 July for the first time since restrictions were imposed in March to curb the spread of Covid-19.

The latest – and biggest – lockdown easing for England is one of several announcements that Downing Street hopes will show Johnson reasserting his grip on the government’s handling of the coronavirus pandemic after a series of missteps in recent weeks that polling suggested has dented the public’s confidence.

Amid fears of a catastrophic wave of layoffs over the summer if lockdown rules were left unchanged, Johnson said he wanted to see the return of “bustle” and was looking forward to visiting a pub – but did not want to see “great, writhing scenes in the beer gardens”.

The scientists flanking him at what was confirmed to be the final daily Downing Street briefing sounded notes of caution, however. The country is currently experiencing up to 4,300 daily Covid-19 infections, with around 130 deaths a day across the UK.

Chris Whitty, the chief medical officer, said the move was “not risk-free” while chief medical adviser Patrick Vallance warned: “Don’t be fooled this means [coronavirus] has gone away.”

Asked if he would take the blame if the latest loosening leads to a resurgence in cases, Johnson said: “Yes, of course I take responsibility, the government takes responsibility for these decisions. We are indebted to our scientific colleagues for their advice continually – but it is our responsibility to choose.”

“Where it is possible to keep 2 metres apart, people should. But where it is not, we will advise people to keep a social distance of 1-metre-plus, meaning they should remain 1 metre apart, while taking mitigations to reduce the risk of transmission,” the prime minister said.

With mitigations in place, Johnson said the protection from the virus would be “broadly equivalent” to remaining 2 metres apart.

Members of two different households will be able to dine together or stay overnight in each other’s homes as long as they stick to physical distancing guidelines and strict hygiene measures, it was announced.

A swath of businesses, from hairdressers to bingo halls, can reopen from 4 July if they follow new sector-by-sector guidelines for reducing the risk of transmission of Covid-19, which has claimed more than 50,000 lives across the UK.

Venues will be expected to keep a register of visitors’ contact details in case they are needed for test and tracing in the event of an outbreak, prompting concerns over logistics and privacy.

The changes were hailed by Conservative backbenchers and enthusiastically welcomed by the hospitality sector. Kate Nicholls, the chief executive of UKHospitality, said: “Having confirmation of the reopening date is a real boon and affords businesses some time to make the necessary preparations.

“Our sector was one of the first to be seriously affected and we are going to be one of the last to reopen. Getting venues open again, even with social distancing measures in place, is the best way to secures businesses and jobs.”

However, the government’s scientific experts, appearing alongside Johnson, struck a sombre tone. Vallance underlined the importance of continuing to comply with the rules, pointing out that latest research suggested just 5.4% of the population has had the virus and has any hope of antibodies providing protection against a second wave.

“We need to be absolutely sure that with the new relaxation, … we [stick] rigorously to the things that need to happen in order to stop the spread contact to contact – to stop the networks of spread developing,” he said.

Other members of the Scientific Advisory Group for Emergencies, expressed concern at so many changes being introduced at once.

Prof John Edmunds, an epidemiologist at the London School of Hygiene and Tropical Medicine, said: “Relaxing the 2-metre rule at the same time as opening bars and restaurants does run the risk of allowing the epidemic to start to regain a foothold. These changes will have to be very carefully monitored and the NHS track-and-trace system will have to be working properly to help keep us safe.”

Johnson insisted he would be ready to reimpose restrictions, either locally or nationally, if the virus takes hold again. “We wouldn’t hesitate to put the handbrake on,” he said.

The Labour leader, Keir Starmer, responding to Johnson in the Commons, said: “Overall, I welcome this statement. I believe the government is trying to do the right thing, and in that we support them.” He questioned whether the test-and-trace system was up to the task of tracking new outbreaks, however.

With the sector-by-sector guidance promised by Johnson yet to be published, some business groups complained they have little time to prepare for the 4 July date.

Gyms, pools, nightclubs and nail bars are among the institutions that must remain closed, Johnson said. Theatres and concert halls will be able to reopen but they cannot host live performances because of concerns including the risk that singing can transmit the virus.

Michael Kill, chief executive of the Night Time Industries Association, said, “The 10-day build-up period to 4 July will be costly and hard to meet for many businesses and we need to see the details of the guidance and protocols associated with today’s news.”

He added that many businesses will have to remain closed. “For many of our members, including nightclubs, casinos and some pubs, restaurants and bars that can’t meet the 1-metre social distancing obligations, the nightmare of enforced closure goes on.”

Johnson is expected to make a speech about the economy next week, laying the groundwork for the chancellor, Rishi Sunak, to announce stimulus measures aimed at helping to put a floor under consumer demand and prevent unemployment from rocketing. 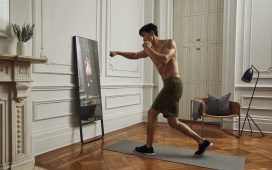 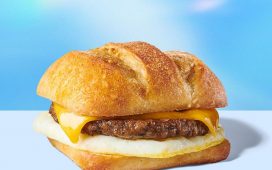 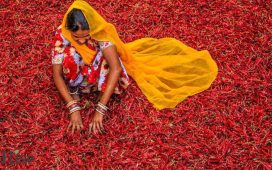