It’s not a well-publicized feature, but stock trading app Robinhood is also in the lending business. Late last week, some issues with that business attracted the attention of CBS MoneyWatch, which found that investors who borrowed money from Robinhood were nearly 14 times as likely to be unable to repay those loans, when compared to other brokerages.

On its site the loan program is listed under the Margin Investing section. According to the site, “investing on margin means that you’re borrowing money from Robinhood to buy stocks. This lets you invest more money (your own money plus borrowed money) for greater potential gains or losses. The Financial Industry Regulatory Authority (FINRA), a government-authorized regulator of brokerage firms, mandates that investors deposit at least $2,000 before trading on margin.”

The site also clearly states the risks involved in the “buy on margin” business. It warns that with margin investing, the returns on any stocks bought with the loan will directly affect the user’s account value. If the stocks purchased on margin lose value, so does the account. Losses do not reflect the actual loan amount, they affect the account. States Robinhood: “it’s possible for margin to increase your losses.”

Which is apparently what has been happening, as per the CBS report. It found that margin investing more than doubled in the first half of 2020, often with negative results. CBS also said the loans may have been a factor in the recent GameStop stock run.

“The margin loans amplified the purchasing power and the ability of those investors to drive up GameStop’s stock price,” said Joshua Mitts, a professor of securities law at Columbia University, when informed about Robinhood’s loan-failure rates described in the regulatory filings. “What people are so upset about is that it was Robinhood’s own risky lending practices that limited its customers’ ability to trade and undermined investors’ confidence in the fairness of the market.”

About: Buy Now, Pay Later: Millennials And The Shifting Dynamics Of Online Credit, a PYMNTS and PayPal collaboration, examines the demand for new flexible credit options as well as how consumers, especially those in the millennial demographic, are paying online. The study is based on two surveys, totaling nearly 15,000 U.S. consumers. 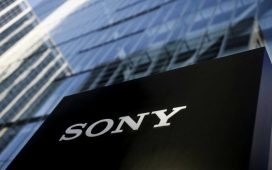