KOLKATA: With the government tightening the rules for foreign direct investment in e-commerce sector, Retailers Association of India (RAI) is “cautiously optimistic” on its effective implementation.

Department of Industrial Policy and Promotion (DIPP) under Ministry of Commerce and Industry had issued clarifications in December last year pertaining to FDI rules in the e-commerce sector.

“We are cautiously optimistic about the implementation of press note (PN) 2. The rules are just perfect and offer level playing field for us, if the laws are enforced properly,” the associations CEO Kumar Rajagopalan told PTI.

E-marketplace players like Amazon and Flipkart also come under the regulations, he has said.

However, enforcing the law remains a “challenge”, he said adding that the reatailers’ body has seen “some action on implementation”.

“I don’t think the Centre has changed the spirit of FDI rules (for e-commerce sector) in PN-2, compared to PN-3 guidelines, issued in 2016. It explains the FDI provision better and plugs some loopholes for misuse, Rajagopalan said.

DIPP clarified that the FDI rules pertaining to e- commerce have not allowed foreign investment in the inventory-based model.

The Centre had not extended the timeline for enforcing the new rules from February 1, 2019 and also asked companies to file audit reports by September 30.

Domestic retailers made several complaints about misuse of FDI by some e-commerce companies engaging into back door multi-brand retailing and deep-discounting, he alleged.

Pointing at e-marketplace operators, Rajagopalan said, I believe India has a huge potential for marketplaces and they must follow law of the land.

READ  ‘No-one wants to move to Paris or Frankfurt!’ London WILL THRIVE after Brexit – new report

He further said, “E-Commerce will only grow in India and already 50 per cent of our members are selling online. We require more such marketplaces.”

Brick-and-mortar retailers claimed that their businesses have been hit by predatory pricing and deep discounting by the e-commerce companies and had sought a level playing field.

We are not calling for a law or a ceiling on minimum price that can be charged. But there is a need for a level playing field between offline retailers and e-tailers, the association’s Chairman B S Nagesh said on Thursday on the sidelines of a retail summit here. 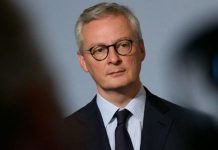 'Untenable' Coronavirus has exposed fragility at the heart of the EU, says legal expert 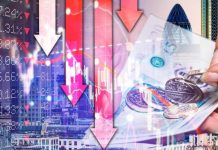 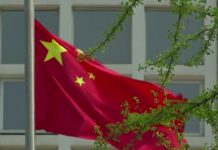