THE future is a bonkers and ever more uncertain place.

But forget that for a few minutes and take in Peugeot’s optimistic vision of what we really want to end up driving.

Tesla has shot a roadster into space and Lotus is preparing to launch a supersonic hypercar.

But Peugeot has gone back to the future with its electric e-Legend concept, part autonomous, part driver’s car, yet also a nod to the French firm’s heritage in suave coupes.

It created such a buzz at the Paris Motor Show that thousands of admirers have signed a petition begging Peugeot to make it a reality.

But even half a million signatures won’t do it, according to Peugeot brand strategist Philippe-Emmanuel Jean, who says we just can’t have it. Grrrr.

He adds: “We always knew we were on to something huge but the response we have received is stronger than even we expected.”

The e-Legend is based on the styling of the cool 504 Coupe designed by Pininfarina.

Philippe said: “The 504 has all of Peugeot’s DNA — pleasure of driving, sexiness and it’s a coupe, of course. With the e-Legend we want to show electric cars can be sexy and attractive.

“The fact we’ve been celebrating the 504’s 50th anniversary at the completion of the e-Legend is simply the cherry on the top.”

Peugeot, Ford and others can fuse their heritage into an electric future. Tesla and the torrent of Chinese EV start-ups can only dream about that.

Touching a sensor on the corner of the window, the huge automated door swings gently open to reveal a vast cabin space with more glass (how very retro) and natural light than in any coupe on the road today.

The floor, roof and door trim are decked in smooth, matte-finished, exotic walnut and the seats are swathed in crushed blue velvet.

A 49in, super-HD widescreen spans the entire footwell. Extra space comes from the complete lack of engine.

It doesn’t end there, as the 4K display stretches to encompass the door skins. Even the sun visors are equipped with pin-sharp video screens for all your social feed needs.

These are the only two physical buttons in the car and the only interactivity on the wheel.

Performance aside, the modes are emphasised by the configuration of three retro pop-up dials in front of you.

But when you have had enough of the past — and all that actual driving malarkey — press the icon on the touchscreen centre console and party mode activates.

The sound-bar dashboard rises up, the pedals hide themselves and the steering wheel tucks itself away to the sound of a superbly sci-fi whirr.

This leaves a freakishly cavernous space before you and the subsequent option of two modes to chose from as the car pilots itself in 100 per cent autonomous mode.

Sharp mode allows full connectivity so you can work, navigate, Instatweetbook or play an appropriately retro game of Pong.

Soft mode dials everything down for a cinematic atmosphere to make the most of that super-widescreen so you can watch movies as you are transported effortlessly to your destination.

HOW MUCH IS TOO MUCH

This is how much alcohol you can legally drink before driving

Having sex behind the wheel can lead to a £5,000 fine and driving ban

Keyless car can be broken into in just 10 seconds

BMW 3 Series is powerful, sharp and more useful than a Swiss Army knife

You could be fined £1,000 for hanging an air freshener from rear-view mirror

Blending the retro aesthetic with this future-proof technologies generates a strong emotional response, whether you are aware of the original inspiration or not.

And that is something sorely lacking with the majority of electrified cars.

If you want to really get people wanting electric cars, this is how you do it.

So come on, Peugeot. If you build it, they will come.

Reader’s car of the week

THIS corking slice of Americana is a 1972 Pontiac Firebird. It belongs to reader Michael Faraday-Drake, who tells me: “I bought it in 1975.

“It has a WM-code 455-cubic inch high-output V8 engine, with a four-speed Muncie gearbox and a 4.10 rear axle.

“They made just 468 of these manual cars in 1972 due to a factory strike. Over the years, it has been completely rebuilt and painted.

“You don’t need a stereo. Just listen to the exhausts of the 7.5-litre engine!”

As the Yanks used to say: “There ain’t no replacement for displacement!”

–Send pictures of your own beloved motor, with details, to motors@the-sun.co.uk. 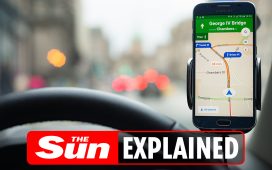 Can I get fined for having a phone holder on my windscreen? 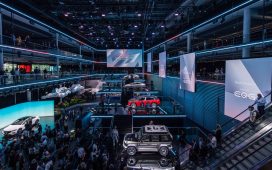 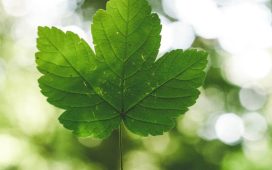