Prime Minister Theresa May survived last week’s no-confidence vote in the House of Commons. But make no mistake, the likelihood of a General Election, followed by a Labour Government, is edging ever closer.

Although the Fixed-term Parliament Act means the Government could cling on until spring 2022, May’s fragile tenure and schisms between factions within the Conservative Party may well result in an early Election.

If, God forbid, Jeremy Corbyn and lieutenant John McDonnell – Marxist partners in crime – do indeed stride into Numbers 10 and 11 Downing Street, readers should brace themselves for a massive assault on their wealth.

Not just on the financial assets they have already painstakingly accumulated through prudent saving, but on their ability to build more wealth in the future. 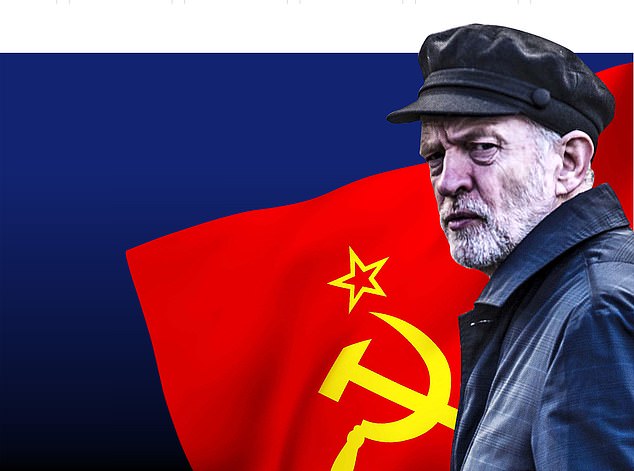 Fear: Labour will embark upon a programme of renationalisation and and housebuilding

Let’s not beat around the bush, it will be nothing but payback time for a duo who in the past have talked about introducing a tax on family assets, raising taxes on capital gains, squeezing the ‘rich’ and redistributing wealth to give the younger generation a better deal.

On Wednesday, ahead of the no-confidence vote, Corbyn said May should have nothing to fear about a General Election. But the truth is that the country – and especially the middle-classes – have EVERYTHING to fear if Corbyn and McDonnell triumph.

Here, Wealth explains how financial life will pan out under Corbyn and what households can do to prepare their finances for a tax-raising, wealth-soaking government that could send the pound plunging, the economy into a tailspin and the stock market into a sea of red. Financial advice, by the way, that should hold readers in good stead irrespective of what the future holds.

IF A radical Left-wing government, led by Corbyn, walks into Number 10, the impact on the economy, our personal finances and investor sentiment can be encapsulated in one word – negative.

On the economic front, Labour will embark upon a programme of renationalisation (probably starting with the railways on populist grounds); an expansion in housebuilding (especially for council or housing association tenants); and insist on big companies putting 10 per cent of their share equity aside for employees – overseen by elected employees (probably trade union officials).

Corporation tax paid by businesses could also rise while public projects currently managed privately would come back under government control. Labour would have to borrow billions of pounds to fund all this.

Jason Hollands, a director of wealth manager Tilney, believes the likely market reaction to such an economic agenda would be adverse. He says: ‘It would result in a weaker pound, plunging gilt prices and a spike in inflation as the cost of imports rises.’

Although he says a weak pound would be good for some stock market-listed companies – essentially those earning most of their revenues from overseas – the overall impact would make ‘an out of favour equity market even more unattractive’.

On the personal finance front, wealthy over-40s have most to fear.Quentin Holland, a partner of financial adviser The Private Office, says: ‘You only need to do a quick scan of Labour’s last Election manifesto to see that higher taxes are a certainty with the burden falling disproportionately on higher-income taxpayers.’ 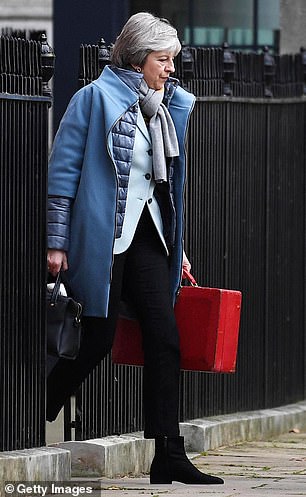 Holland believes anyone earning more than £80,000 a year should expect to pay more income tax. He is also of the view that higher and additional rate tax relief on pension contributions are ‘vulnerable’ to scaling back or abolition while insurance premium tax on private medical insurance could rise from 12 per cent to 20 per cent (a rate already applied to travel insurance).

Value added tax of 20 per cent could also be applied to private school fees, accelerating the edging out of the middle-classes from private education.

ALTHOUGH Labour is unlikely to be good news for investors in shares, Isas and pensions, financial advisers do not recommend people making wholesale changes on ‘what if’ scenarios. Tilney’s Hollands says: ‘The key for investors is to ensure they have well-structured portfolios designed for the long-term and diversified internationally.’

Laith Khalaf, senior analyst at fund platform Hargreaves Lansdown, agrees. He says: ‘Investors should stick to three principles: diversify their investments, focus on long-term goals and keep investing through all the market turmoil.’

Wealth builders should use all available tax breaks – for example, utilising this tax year’s Isa allowance which permits £20,000 to be invested in a tax-friendly equity portfolio (or cash). And take advantage of their annual pension allowance which for most people means £40,000 can be invested in a pension – with contributions boosted by tax relief. Such generous allowances are unlikely to survive McDonnell.

Capital gains tax rates are currently 10 per cent for basic rate taxpayers and 20 per cent for higher and additional rate taxpayers (higher rates apply to sales of second properties and buy-to-lets). These are likely to rise under Labour so it may make sense for some investors to crystallise gains now. Anyone realising gains in the current tax year is exempt from tax on the first £11,700 of profits, whether on shares, a second home or a buy-to-let property.

On the mortgage front, it makes great sense to ensure the interest rate on the home loan is fixed. Although higher interest rates are inevitable irrespective of any future change in government, a free-spending Labour administration would probably speed up the rate at which the rises happen.

Anyone remortgaging and not looking to move in the foreseeable future would be wise to opt for a minimum five-year fixed rate loan, available at around two per cent.

Finally, Labour has a ‘visceral dislike’ (Hollands’ words) of inherited wealth. So expect the inheritance tax regime to become more draconian under Labour. But with careful planning, any future IHT tax bill can be mitigated through the use of various gift allowances and transferring assets between married couples and civil partners. Financial advice is essential.

US stocks retreat from record highs

Petrobras says it is two years away from making renewables push