Millions of patients will be stopped from having an X-ray on their sore back, hernia repair surgery or scan of their knee to detect arthritis under controversial plans from NHS and doctors to ration “unnecessary” treatment.

The Guardian has seen a list of 34 diagnostic tests and treatments that in future patients in England will only be able to get in exceptional circumstances as part of a drive to save money and relieve the pressure on the NHS.

The sweeping changes they are set to propose include many forms of surgery, as well as ways of detecting illness including CT and MRI scans, and blood tests, for cancer, arthritis, back problems, kidney stones, sinus infections and depression.

If implemented, the clampdown would involve an unprecedentedly radical restriction on patients’ right to access and doctors’ ability to recommend procedures, some of which have been used routinely for decades.

It would also see patients told to have physiotherapy on or use painkillers to dull the pain of an arthritic knee rather than undergo an exploratory operation called an arthroscopy. Kidney stones would no longer be removed in an operating theatre and instead would be treated with sound wave therapy to reduce the pain.

Similarly, in future adenoids would not be removed because evidence now shows that it “is not necessary, doesn’t work well and can cause problems like bleeding and infection”, according to the rationale set out in the document for curtailing that procedure.

Disclosure of the list prompted fears that the move amounts to a major escalation of NHS “rationing”. The Patients Association warned that the changes would force patients to either endure the pain of their condition or pay for private care to tackle it.

Putting “barriers” in the way of people expecting to have so many previously commonplace tests and treatments would lead to “harm and distress”, said Rachel Power, the association’s chief executive.

“Patients have seen the range of treatments offered by the NHS cut back over recent years, and the NHS has been upfront about this being to save cash. Often there are good reasons for not using these ‘low value’ treatments as a first choice, but they are appropriate for some patients.

“We are unhappy at any new barriers being erected between patients and the treatments they need.”

“This is of a piece with the restrictions on prescribing over the counter medicines [which NHS England brought in last year], and patients have told us of the harm and distress this broad programme of restrictions has caused them,” she added.

“As a result of this rationing, we know that patients who can afford to pay privately are doing so, while those who can’t are going without and suffering. This is exactly what having an NHS is supposed to prevent.”

The 50-page document is the result of months of detailed and until now secret discussions between four key medical and NHS bodies involved in the NHS’s evidence-based interventions programme, which aims to identify procedures that do not work.

They are NHS England; the Academy of Medical Royal Colleges (AOMRC), which represents the UK’s 220,000 doctors professionally; NHS Clinical Commissioners, which speaks for GP-led clinical commissioning groups; and the National Institute for Health and Care Excellence (Nice), which advises the government and NHS which treatments are effective and represent value for money.

They believe many of the interventions should be scrapped, or at most used very sparingly, because they could make patients anxious or even put them in danger. For example, they are suggesting that the prostate-specific antigen test, which is used to detect prostate cancer – the commonest form of cancer in men – is used much less often.

The document says: “Blood tests to check your prostate are not needed except for very specific cases. Blood tests can lead to further investigation that may also be unnecessary and can cause anxiety.”

The four medical bodies planned to put the proposals out to public consultation this month but had to delay because of general election “purdah” rules.

Hospitals would be told not to operate on patients to try to slow the progress of osteoporosis (brittle bone disease), or if they have sinusitis, or to remove a disc from the spine of someone suffering from crippling pain.

Dr Richard Vautrey, chair of the British Medical Association’s GPs committee, said any changes should be based on the best available evidence and not cost-cutting.

“In the current climate, NHS resources must be used wisely but any restriction on treatments must be based on up to date clinical evidence and not solely on cost.

“Doctors must always be able to provide the best care possible and use their clinical expertise to refer patients for the most appropriate treatments when that is needed.”

Prof Carrie MacEwan, chair of the AOMRC, defended the planned restrictions. “Medicine continually evolves and it’s right that we don’t carry out tests, treatments or procedures when the evidence tells us they are inappropriate or ineffective and which, in some cases, can do more harm than good.

“The list is drawn up by medical experts and senior specialist clinicians who have reviewed the latest evidence from around the world and it’s absolutely right we act on that evidence in the best interests of patients and so that we can focus our resources on things that we know do work,” she added. 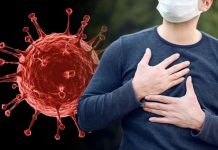 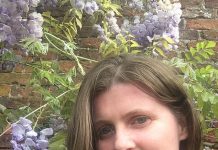 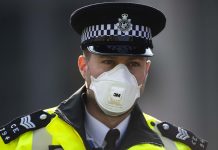 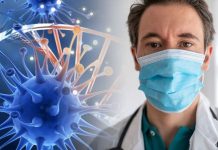 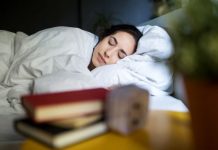 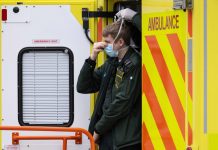 Survey ranks classic savoury and sweet dishes from God to Worst Tier — but...