In a new study, Birmingham, Cornwall, and Leicester have been revealed to be the most popular places in the UK to search for a house to buy.

Researchers working for the property experts Global House Prices looked at the number of online searches between January and March of 2022 relating to locations in the UK and buying property. They then compiled a list of the most commonly searched cities and found the average number of searches across that three month period to create a definitive list of the most popular places to search for a house.

Birmingham, Leicester, and Cornwall all came in joint first place, with each having an average of 33,100 searches per month across the duration of the study.

They were shortly followed by six cities that all came in joint second place, Liverpool, Sheffield, Bradford, Glasgow, Swansea, and Coventry. Each of them had an average of 27,100 searches in the time between January and March 2022.

Rounding off the top 10, in third place was Blackburn. Blackburn had an average of 22,200 searches a month for the three months of the study.

The three locations topping the list – Birmingham, Leicester, and Cornwall – each offer something unique to house hunters looking to buy property there.

With a population of over one million, Birmingham is the UK’s second-largest city and is a buzzing metropolis with something for everyone. The city is still peppered with landmarks from the Industrial Revolution that display its history as the manufacturing capital of the country. Birmingham sits amidst a densely packed canal system that winds through the city and is home to many of the trendier bars and cafes that line the banks of the waters. And for shoppers, there is the Bullring – the UK’s largest city-based shopping centre. Birmingham also boasts good transport links to all major other cities in the UK.

Leicester lies just to the northeast of Birmingham. It has a population of around 350,000, which makes it the eleventh biggest city in England. Leicester is well known for its bustling markets, the eponymous red Leicester cheese, and for being home to the buried remains of King Richard III. Leicester City FC also has a dedicated football fanbase who were rewarded in 2016 when the Foxes, as the team is known by the locals, won the English Premier League against 5000 to 1 odds.

Cornwall is a county in the southwest of the UK and is one of the largest counties in the country. Cornwall is famed for its stunning coasts and beaches and is home to some of the best seafood restaurants in the country. Surfers flock from far and wide to hit the waves in towns such as Newquay, Truro, Padstow, and Constantine. In the southeast of the county lies Lizard Point, which is the most southerly point in the UK. Cornwall has long been viewed by many as a popular holiday destination, but with the rise in remote working, many house hunters are searching for their ideal home in some of the dreamier locations in Cornwall.

The Most Popular Places to Search for a House to Buy

Why are House Sales Going Up?

Both house sales and house prices have risen sharply over the last two years. June 2021 saw the highest number of property sales since 2016 and the rapid rise in demand subsequently led to a rise in the average UK house price. This is largely due to the onset of the covid-19 pandemic, which has the opposite effect on the property market than what the vast majority of forecasters predicted.

The demand for houses was spurred by the Stamp Duty holiday, which lasted from July 2020 to June 2021. Stamp Duty is a tax levied on the purchasing of properties worth over £125,000.

The Stamp Duty holiday was brought in as an attempt to ensure the housing market remained relatively stable during the pandemic. It meant that all first-time buyers and anyone buying a property under £500,000 did not have to pay Stamp Duty on their new property, and first-time buyers were the largest buyer group for the duration of the holiday. Many buyers rushed to make the most of the brief tax holiday before it was rescinded, which created a huge rise in the demand for housing.

House sales also rose during and after the coronavirus lockdowns as many people began to work from home and continued to do so once the lockdowns were over. Remote working means that millions of people are no longer obliged to stay living in a city because of their work office location, so many decided to move out of rented accommodation and buy a house in a different place.

This became known as ‘the race for space’ as countless urban dwellers sought to pack up their city life and head for bigger, more affordable living quarters in smaller cities or even in rural locations. The race for space was a further contributor to the rise in demand for housing.

The rise in demand for housing and the relative lack of supply led to a sharp rise in average house prices. Sellers are aware that there are many people looking to buy a limited number of houses, so the average property price inflates.

The rise in the average price of property has also seen the rental income of landlords increase. Rent growth rose by over 8% at the end of 2021 compared to the same time in the previous year, which represented a 13 year high. 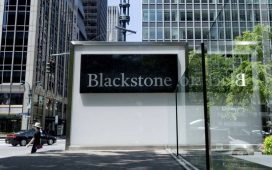 From Thatcher to Johnson: how right to buy has fuelled a 40-year housing crisis 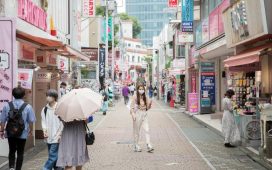 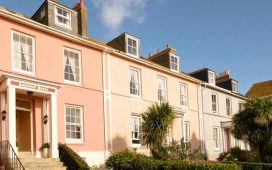 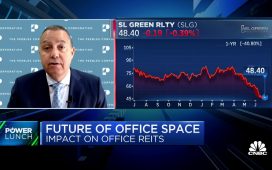 I would stay away from the office REITs right now, says Don Peebles