On June 18, 1998, Richard Liu founded Jingdong Century Trading Co., a small booth rented in an electronic market in the Zhongguancun neighborhood of Beijing, where he sold magneto-optical drives. This area was known as “Electronics Avenue” due to the information technology markets lining the neighborhood’s central street. Liu separated his small company from the competition around him by placing a focus on quality, authentic products with set prices in a market steeped with haggling and counterfeits. This business model is one that the company – now the ecommerce giant JD.com – still utilizes today, having grown from a tiny stand to an international company with a market capitalization of $43.6 billion.

Since 2009, JD.com has celebrated the founding of its company with the 618 Festival, a massive shopping event with some of the best consumer deals of the year, starting on June 1 and ending June 18, that now sees participation from other competing retailers. This year, however, JD also celebrated its birthday with its debut on the Hong Kong stock exchange. JD.com rose as much as 5.8 percent in its first day on the exchange, ending the day at a 3.5 percent gain in what was most likely one of the largest IPOs this year. Due to the COVID-19 pandemic, the company’s debut ceremony was moved online, with its virtual dog mascot banging the gong to initiate the event. The company has said that it intends to use the funds to improve its operating efficiency and supply chain technology.

The debut is a secondary listing for the company, as it went public on the New York-based Nasdaq stock exchange in 2014, a few months before its online retailing rival Alibaba Group debuted on the same exchange. At the time of its initial IPO, the company’s stock ended at $20.90 after being priced at $19 a share at the start of trading. It raised $1.8 billion after selling 69 million shares, valuing the company at more than $25 billion at the time.

Richard Liu was born the son of poor rice farmers in a small rural village in the Jiangsu province. The village lacked modern conveniences such as electricity, and more often than not, the family ate meals of sweet potato or corn to survive, only having meat on special occasions, such as Chinese New Year. Despite the adversity that he faced, Liu maintained a voracious appetite for learning throughout his childhood, and after earning high marks on the National College Entrance Examination, he was accepted to Renmin University in Beijing.

Finding his university classes underwhelming, Liu began to teach himself computer programming in his spare time, and through the profits of that endeavor, was able to fund his entrepreneurial spirit. After an initial attempt at opening a restaurant while still in college, he started the electronics kiosk in Zhongguancun that quickly flourished and grew into 12 full-size retail locations across Beijing.

Liu had every intention of continuing to expand his brick-and-mortar empire, but the 2003 SARS epidemic initiated a pivot in his business strategy when all of his locations were forced to close due to a quarantine placed on the city. To continue moving product, he began listing items on online bulletin boards, and after re-opening his stores, he kept one employee full time to continue running the business online. He quickly saw that his online business had the potential to overtake his retail locations, and within a year, he shuttered all of his brick-and-mortar stores to allow him to focus exclusively on his online business.

Today, JD.com is the largest retailer in China and the third largest internet company by revenue in the world. Boasting 387 million active users, it no longer exclusively sells electronics and has moved on to provide everything from makeup to large appliances. The company has also expanded to pharmaceutical services with the addition of JD Health and grocery sales with JD Fresh. Through its large network of 730 warehouses, it maintains same-day delivery commitments for 90 percent of orders.

JD.com’s intention to use the money earned from its secondary IPO for supply chain technology is hardly surprising, as the company is known for its unparalleled logistical network. From early in the business’ trajectory, Richard Liu wanted the company to have a logistical delivery service that operated internally instead of utilizing third parties. Having grown up far from any large cities, he was acutely aware that the demand from lower-tier cities could easily rival those of the larger ones, so the company has built an extensive delivery network in China.

These technologies have given JD.com an edge in its second experience with a pandemic. Where the company’s competition has fallen behind in meeting previously set delivery standards during this time, JD.com managed to meet the increased demand due to shelter-in-place efforts, showing a 20.7 percent year-over-year growth for the first quarter of 2020. It has also used its drone and driverless delivery technology to ensure the safe delivery of packages.

Additionally, JD.com has volunteered its logistical network to the Chinese government. It has opened a dedicated relief channel for coronavirus-related aid materials from all over the country and delivered over 15 million items (equating to 1,600 tons of medical emergency materials) to Wuhan since the Chinese New Year. In response to the Hubei provincial government’s request for assistance in conducting its supply chain, the company built a platform to help manage emergency supplies and ensure their timely delivery to hospitals and clinics in need. JD has also been providing its delivery services to pharmaceutical companies in the Hubei province. Liu has said that he and his company “feel a strong sense of responsibility to provide robust support.”

While JD.com seeks to raise billions of dollars in Hong Kong, Chinese companies on Wall Street are facing heightened scrutiny. On May 18, Nasdaq announced that it would be enforcing stricter rules on companies that want to list on the exchange, and on May 20, the United States Senate passed a bill that will increase oversight and require audits of foreign companies that list on United States exchanges. Along with the Chinese gaming company NetEase, which debuted on the Hong Kong stock exchange a week prior, JD.com joined a growing number of Chinese businesses choosing to pursue markets closer to home.

Many have been looking to the 618 promotion as a barometer of the economy with its comparison to Black Friday in the U.S. As of June 1, the first day of the promotion, JD.com reported an increased transaction volume of 74 percent year over year, providing promising votes of consumer confidence. 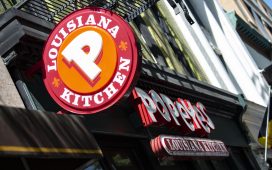 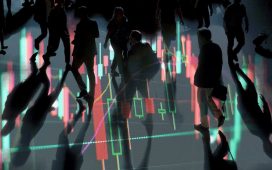