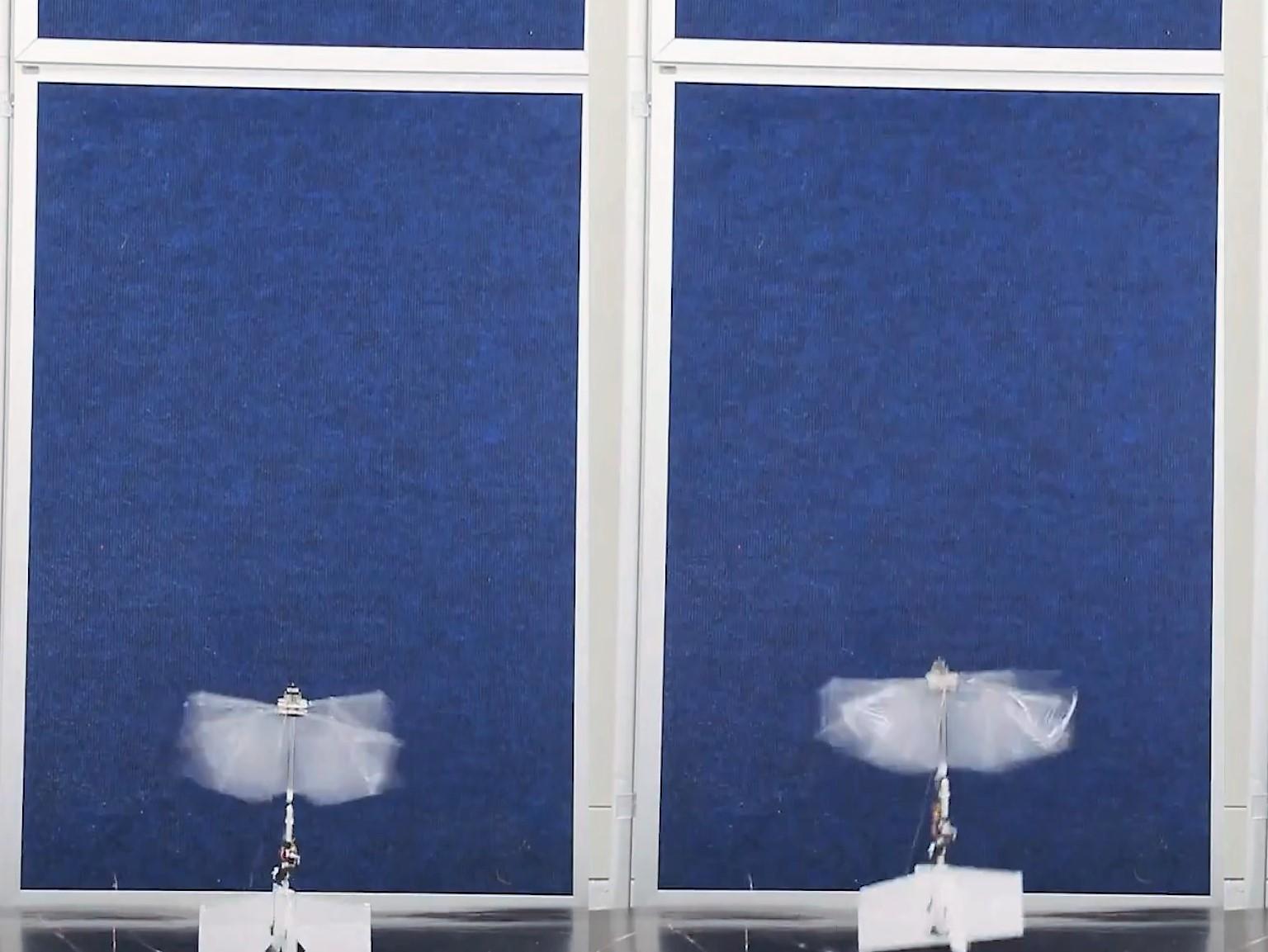 A wing-flapping drone inspired by the world’s fastest bird has been developed that could one day find use in everything from surveillance operations to flower pollination.

An international team of researchers designed the 26-gram ornithopter drone to hover, dart, glide, and dive just like a swift, making it far more versatile than a traditional quadcopter drone.

“Unlike common quadcopters that are quite intrusive and not very agile, biologically-inspired drones could be used very successfully in a range of environments,” said Dr Yao-Wei Chin, a research scientist from the National University of Singapore who led the project.

“The light weight and the slow beating wings of the ornithopter poses less danger to the public that quadcopter drones in the event of a crash and given sufficient thrust and power banks it could be modified to carry different payloads depending on what is required.”

The researchers expect the first commercial use of the drone could be in monitoring large crowds or inspecting crops in fields.

The team based the drone’s design on a swift for both its speed – a swift can outpace a peregrine falcon in level flight – but also its manoeuvrability.

“There are existing ornithopters that can fly forward and backwards as well as circling and gliding, but until now, they haven’t been able to hover or climb. We have overcome these issues with our prototype,” said Professor Javaan Chahl, an aerospace engineer from the University of South Australia who was involved in the project.

“The triple roles of flapping wings for propulsion, lift and drag enable us to replicate the flight patterns of aggressive birds by simple tail control. Essentially, the ornithopter drone is a combination of a paraglider, aeroplane and helicopter.”

“Although ornithopters are the closest to biological flight with their flapping wing propulsion, birds and insects have multiple sets of muscles which enable them to fly incredibly fast, fold their wings, twist, open feather slots and save energy,” Dr Chin said.

“Their wing agility allows them to turn their body in mid-air while still flapping at different speeds and angles… At most, I would say we are replicating 10 per cent of biological flight.”