New Yorker Richie Lin had been skiing with his husband in Aspen for 20 years. But in 2019, when he was looking to buy a ski home, he knew that the Colorado resort’s high prices placed it well beyond his budget. Instead, he bought a home in Basalt, a 20-minute drive down the mountain, where homes are a fraction of the price.

“We were priced out of Aspen, so we looked to buy in the next town over. It’s a great little town, has everything you need and is close to the mountains.”

About 20 miles from the area’s main resorts of Aspen and Snowmass, Basalt is one of several towns down Colorado’s Roaring Fork Valley where demand for second homes is growing, as the pandemic increases the draw of the mountains for buyers from coastal cities.

Demand from locals is growing, too, as long-term Aspen residents seek to cash in on years of price gains with a move down valley to a cheaper or larger home. But rising prices and the demand for holiday rentals means that housing is beco­ming unaffordable for many residents.

A big part of the appeal of Basalt is the discount it offers on Aspen, whose popularity with America’s super-rich has pushed prices beyond the budgets of most buyers. According to the Aspen Board of Realtors, the median price of a detached home sold in Aspen in the year to October was $9.6m, compared with $1.43m in Basalt.

Sam Augustine, an estate agent who covers both Aspen and down-valley towns such as Basalt and Carbondale for Compass, says an increasing number of his sales since the start of the pandemic have been to those who feel Aspen prices no longer offer value for money.

“I have plenty of clients who could spend $10m on an Aspen home but don’t. They see that they will get more for $3m-$5m in Basalt or Carbondale.”

Local agents say the number of buyers coming from the major US cities has increased during the pandemic. For this group, the distinction between a second home and a permanent one has blurred, with many taking advantage of homeworking to live full-time in their mountain homes.

Ryan Honey, who runs The Arts Campus at Willits, a non-profit performing arts centre in Basalt, says that growing numbers of permanent and second-home owners are showing up at performances. Between the closure of TACAW’s previous temporary building in April 2019 and the recent opening of a new permanent venue in September this year, the average age of its audiences fell significantly: “Fifty-plus had been our core audience. More and more we’re seeing younger people who are calling this place home and we’re starting to programme for them.”

Increased demand for homes has led to increased prices: the median price of the 62 detached homes sold in the year to October in Basalt is 42 per cent higher than last year, according to Aspen Board of Realtors. And fewer homes are available: 64 detached homes were put up for sale in the same period, down from 98 at the same stage of 2019.

Despite prices that are a fraction of those in Aspen, Basalt provides plenty of the features and facilities that permanent residents expect. The original downtown area, which grew up around the arrival of the railway in the late 19th century, has a range of shops, restaurants and art galleries, as well as a large number of period homes along Midland Avenue and Two Rivers Road.

Willits is a popular neighbourhood developed two decades ago. Besides TACAW, it has a cinema, restaurants and bars. Basalt has several public schools and school buses connect the town to private schools in Aspen.

Dan Kiely, 48, a bartender in Aspen who bought a home in Willits in 2014, says the range and quality of Basalt’s nightlife has improved in recent years. “There was a time that all good servers went up to Aspen. Now you’re getting better service down here.”

A popular neighbourhood among buyers is Missouri Heights, on the open plains between Carbondale and Basalt, a short drive from the arterial Highway 82 that connects the two towns before proceeding up to Aspen. Here, a budget of $3m-$5m will buy a detached house of around 5,000 sq ft on several acres with a garage. River Valley Ranch, in Carbondale, and nearby Aspen Glen offer smaller detached homes for $2m-$3m.

The problem is finding one for sale. “I had 30 active listings at the start of the pandemic; now I have three or four,” says Augustine.

Many of Basalt’s permanent residents work in the ski or related industries in Aspen or Snowmass and a high proportion of permanent residents gives the town a warm community feel, says Kiely. “It’s not like people party here and leave, like in Aspen. We [love] the laid-back relaxed atmosphere.”

Melanie Muss, a local agent with Douglas Elliman, says Basalt’s community feel appeals to those moving down from Aspen. They make up a significant portion of her buyers — particularly “imminent empty nesters” with children approaching adulthood who no longer need to be near Aspen schools. The summer season, a busy period for Colorado mountain resorts, is longer, thanks to Basalt’s lower elevation, making it popular with those who favour hiking, mountain biking or golf over skiing.

A move to Basalt or Carbondale has long been part of the life plan of those working in the local ski industry. Bill Kane, the mayor of Basalt, bought his home in the town in 2009, after 38 years living in Aspen, where he had raised his family and worked for the Aspen Skiing Company, which operates the resort. “We loved [Aspen] to death but we knew that part of our retirement savings plan was to bank the equity we had in our home [by moving].”

But recent price increases are exacerbating a longstanding affordability problem in Basalt for both renters and buyers and disrupting the town’s sense of community, a big part of its appeal.

Rising sales prices mean an increasing number of local workers can no longer afford to buy a home and agents estimate rents are up 20-30 per cent since the start of the pandemic. Tax receipts from short-term rentals this year are projected to increase by a third, according to Basalt Town Council. Kane says landlords are shifting their properties from long-term leases to short-term lets, reducing rental supply for locals.

To combat this trend, all new apartments approved for construction since September must have written into their leases a minimum rental period of six months. In November, the town raised a $17m bond; part of the proceeds will fund affordable housing.

But Auden Schendler, head of sustainability at Aspen Skiing Company and a Basalt resident, says that local politics obstructs sensible housebuilding measures. “[Local politicians] run on a platform of ‘I want to protect the small-town character.’” He says the growing proportion of second homers is entrenching these attitudes.

At a local social gathering, a resident who had recently moved to Basalt from a big coastal city asked Schendler to support his objections to a proposed downtown development. “It was precisely where [housing] should go if you care about putting it in the urban core rather than sprawling all over the place. And this person right off the boat was [trying to] ensure the town doesn’t change at all,” he says.

Kiely says that new arrivals are eroding Basalt’s sense of community. “There was always a very community feel to living in the valley. When we had big forest fires [several] years ago, everybody was coming together to help each other, we were all in it together. As different people move in and prices go up it feels like it’s changing,” he says, pointing to less courteous drivers on the roads in town.

He is considering selling his home and taking a career break, but worries that rising prices across the Roaring Fork Valley mean he won’t be able to buy a home near the Aspen bar where he works when he returns. “That’s the problem with selling: where are you going to go?”

$675,000 A three-bedroom, two-bathroom house within walking distance of Willits town centre. The ground floor features an open-plan living/dining area and an additional room that could be used as a home office or fourth bedroom. On the market with Douglas Elliman.

$3.595m A four-bedroom, four-bathroom house on two-thirds of an acre. Built in 2007, the property is in the Blue Creek neighbourhood of Carbondale, five minutes’ walk from the Roaring Fork River. Features include a study, screen porch and three fireplaces. Available through Compass. 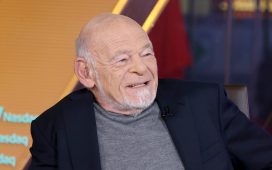 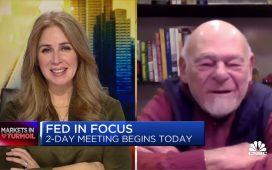