Engineering giant Rolls-Royce says it hopes to have small modular reactors (SMRs) operating in the UK by the end of the decade.

They are looking to open between ten and fifteen SMRs at sites in either Cumbria or Wales with electricity selling for below £60 per megawatt hour (MWh).

SMRs are nuclear fission reactors that are about one-tenth the size of a regular nuclear power plant and can be prefabricated in factories before being transported to the site to be assembled. 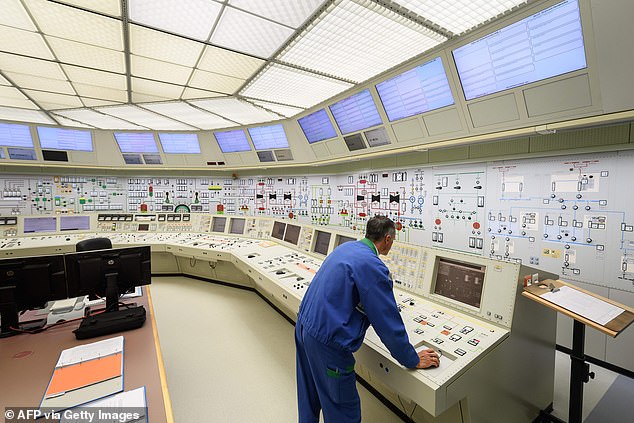 Proponents say they have better economies of scale, can improve nuclear materials security and require far less space than a conventional reactor. They are also small enough to be delivered on the back of a lorry.

Speaking to BBC Radio 4’s Today programme, Chief Technology Officer Paul Stein said the firm aim to get their first SMR up and running in the UK by 2029 and that they could revitalise the country’s nuclear sector.

Stein says Rolls Royce’s focus on driving down the cost of nuclear reactors means the projects are economically viable and can compete with some forms of renewable energy.

‘The Rolls Royce consortium has taken a rather different approach to some of the, what I’ll call science-based project approaches of some of our competitors’ he stated.

‘Our desire has not been to create a new nuclear reactor. In fact, the design of the nuclear reactor is one that we’ve been running for many, many years in nuclear power stations around the world. It’s been a relentless focus on cost. And it’s the first time that’s been done.’

He added that the company ‘was certain the maths is right’ and that the economics of its plan had been given a positive reception by both the Treasury and the Royal Academy of Engineering. 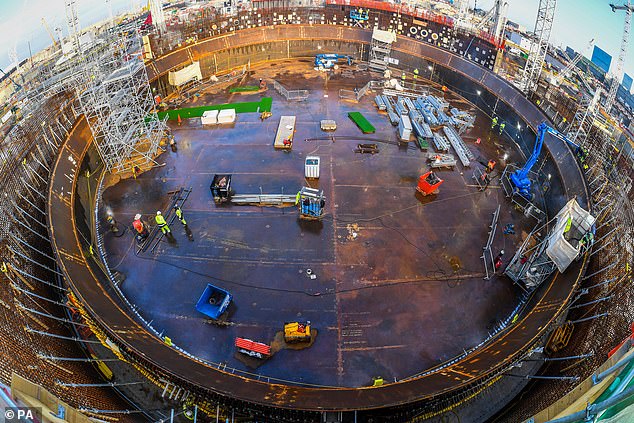 Rolls Royce believe the sector could create about 40,000 jobs between 2030 and 2050, lower operating costs and reduce the level of risk associated with conventional power plants.

The reactors could help to revive an industry that has taken a blow from the expensive construction of the Hinkley Point C power station. Manufacturing costs are expected to be £3billion over budget at the Somerset plant.

A Nuclear Consulting Group report says the financial justification for SMRs is uncertain though.

They noted: ‘Setting up SMR assembly lines is costly, and the relative economics of SMR production may remain unproven until very many SMR units have been produced – which, paradoxically, cannot happen until a significant number of orders are placed, a circular dilemma.’

Many environmentalists believe the world should wean itself off nuclear power due to safety concerns.

The Fukushima nuclear plant meltdown in Japan in 2011 motivated the German government to announce plans to close all its nuclear plants by 2022.

However, a recent paper from the National Bureau of Economic Research (NBER), estimated that the phase-out is costing Germany $12billion per year, because the coal power that is largely replacing the lost nuclear power is increasing mortality risks from the extra air pollution that is being emitted.

Shares in Rolls Royce rose by 1 per cent above its opening price to 658.8p.

After Market: 136 stocks showing bearish signs & ones below 200DMAs