Media headlines about Royal Dutch Shell (LON:RDSB) have been trending somewhat positive recently, InfoTrie reports. The research firm identifies positive and negative media coverage by reviewing more than 6,000 news and blog sources in real-time. The firm ranks coverage of companies on a scale of negative five to positive five, with scores nearest to five being the most favorable. Royal Dutch Shell earned a media sentiment score of 1.50 on their scale. InfoTrie also assigned news coverage about the company an news buzz score of 8 out of 10, meaning that recent media coverage is very likely to have an effect on the company’s share price in the next several days.

These are some of the news stories that may have impacted Royal Dutch Shell’s ranking:

The firm also recently announced a dividend, which will be paid on Monday, June 24th. Shareholders of record on Thursday, May 16th will be given a dividend of $0.47 per share. This represents a yield of 1.48%. The ex-dividend date is Thursday, May 16th. Royal Dutch Shell’s payout ratio is 0.52%.

Royal Dutch Shell plc operates as an energy and petrochemical company worldwide. The company operates through Integrated Gas, Upstream, and Downstream segments. It explores for, and extracts crude oil, natural gas, and natural gas liquids; markets and transports oil and gas; produces gas-to-liquids fuels and other products; and operates upstream and midstream infrastructure necessary to deliver gas to market. 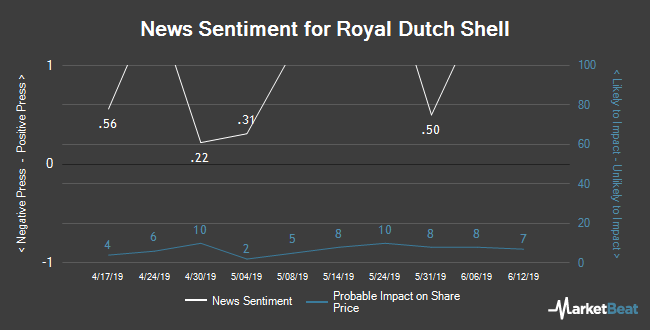 Are Earnings Reports Just OK, or Better than Expected? – Zacks.com

Bitcoin’s Government Enemies Are Planning Their Revenge – The – Washington Post

Is China Throwing Its Weight Behind Blockchain? – Bloomberg

After being asked to leave, campers remain at Chico Walmart