Sainsbury's must accept its Asda merger has been canned


Sainsbury’s boss Mike Coupe said he will keep banging the drum for its merger with Asda, despite a damning report from the competition regulator that effectively rules it out.

It’s a strategy that shows Coupe is lost in the retail jungle without Asda holding his hand. It also reveals he lacks a Plan B.

Maybe that’s why Coupe could barely disguise his anger on the BBC’s Today programme. The Competition and Markets Authority, he said, had “fundamentally moved the goalposts, changed the shape of the ball and chosen a different playing field”.

In other words, the CMA’s verdict was tougher than he expected. More to the point, tougher than it was on Tesco’s £3.7bn takeover of cash-and-carry group Booker in 2017.

Coupe, Asda and their advisers obviously failed to notice that the CMA was under new management and the boss, Andrew Tyrie, has a nose for corporate moonshine.

Sainsbury’s said last year that the merger would reduce prices by 10% for consumers and save about £500m a year in costs (which translated into £500m in extra profit) and all without in-store job losses or closures.

It dismissed concerns that the merger would radically alter the structure of a supermarket industry where competition is demonstrably working well. Bringing together Sainsbury’s and Asda would create a business with a combined share of 31% of all grocery expenditure, limiting competition but somehow benefiting the consumer.

These win-win corporate tales are spun from gossamer threads of wishful thinking. In the CMA report, Tyrie takes his garden shears to each claim, saying the merger would create a “substantial lessening of competition at both a national and local level”. He’s not alone. Consumer groups and trade unions also believe Coupe’s figures add up to less than zero.

Last year, Coupe was filmed cheerily singing We’re in the Money from 42nd Street, oblivious to the rejection awaiting him. It was a sentiment that was his ultimate undoing.

Yet, almost every occupational pension scheme in Britain will have a slug of Sainsbury’s shares in its portfolio, including many ethical funds. The retailer mostly does the right thing by its staff and adheres to corporate governance rules while attempting to protect the environment. It would be a shame to see it driven to the wall by Amazon, a resurgent Asda and the German twins Aldi and Lidl, all of which are less than transparent about their corporate conduct.

Lloyds banks on a return to its roots

Shareholders already benefit from the oligopoly of banks that dominate Britain’s high street. At least they do, now that the payment protection insurance (PPI) scandal is drawing to a close.

None benefit more so than Lloyds shareholders, who will share a £4bn payout from last year’s net profits of £4.4bn.

Unperturbed by analyst concerns that the profit figure fell short of expectations and averting their eyes from the elephant in the room, namely Brexit, the Lloyds board also agreed a £1.75bn share buy back, using almost all the money it would usually set aside to boost its reserves. Apparently, the bank’s existing reserves can cover all eventualities.

Such a view allows Lloyds to return to its pre-financial crisis role as an enormous cash machine for investors. In the early noughties the bank was notorious for funnelling money from customers to shareholders. Under previous boss Eric Daniels, customers were given the hard sell on every kind of financial product, especially PPI.

As a dash for growth, this proved to be a disaster, just as the previous growth strategy had done. This involved buying the fund manager Scottish Widows and becoming a bancassurer, following a continental model. After almost 15 years of excuses, the business was finally offloaded in 2013 at a monumental loss.

Shareholders will be happy that a convergence of tough consumer regulation, a block on forays into foreign lands and a lack of will in the Treasury and Bank of England to break up the big four banks following the TSB debacle, means there isn’t much more for the management to do than just keep the dividends flowing.

Quite how chief executive António Horta-Osório’s £8.5m pay can be justified when the bank is destined to always go sideways is a question that deserves an answer. 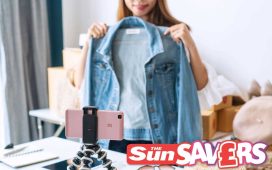