Sainsbury’s is tipped to restart dividend payments this week despite a row over it receiving a huge tax break and a second national lockdown.

City analysts said they expect the supermarket to give the green light to dividends again – with analysts at Barclays pencilling in a £220 million payout to shareholders.

That assumes the chain pays both a dividend for the past six months and a ‘catch-up’ for a payout it postponed earlier this year. 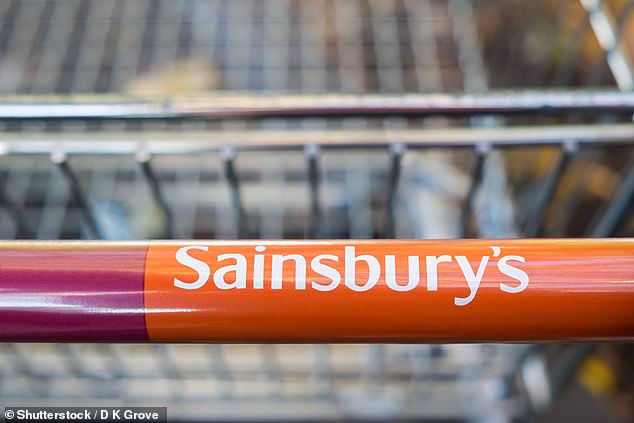 Payout: City analysts said they expect the supermarket to give the green light to dividends again

Roberts may also deliver an update on the future of Sainsbury’s banking arm. He has tasked advisers at UBS with exploring options for selling a stake or the whole division, Sky News reported. Sainsbury’s decline to comment on the reports. The loss-making bank was forced to make provisions for bad loans due to the pandemic and its sales could strengthen the group’s balance sheet.

Pressing ahead with a dividend to shareholders could reignite a row sparked by rival Tesco, which at the start of last month paid £315 million in dividends despite – like Sainsbury’s – receiving a year-long business rates holiday. The business rates windfall is worth about £450million to Sainsbury’s.

Tesco chairman John Allan defended its dividend payment in The Mail on Sunday last month, arguing that its balance sheet was strong and the retailer remained open seven days a week during lockdown.

Sources close to Sainsbury’s said a decision had not been finalised on whether to resume dividends.

Shore Capital analyst Clive Black believes Sainsbury’s will resume dividends. He said: ‘Retail investors and pensioners who have no interest coming in from their savings have seen dividends from banking, insurance and oil dry up and are increasingly looking to supermarkets as a source of income.’

Black said payouts were justified because supermarkets had invested in adapting stores for social distancing and hadn’t furloughed employees.

Sainsbury’s, which owns Argos, is expected to report a 15 per cent rise in retail profits.