Those involved in the making and marketing of SATA SSD technology are experiencing a challenging environment. One where the dominance of SATA as the primary storage connection technology for computers is rapidly being eroded by NVMe due to the superior bandwidth that technology offers.

Therefore, for a SATA SSD being quick isn’t quick enough, and those marketing them must fall back on other aspects of the form factor to make them desirable.

And, the one thing that a 2.5-inch SATA SSD has over its NVMe 2280 sized counterpart is its physical scale and, by definition, the amount of NAND memory modules you can feasibly mount in that space.

Capacity is a big part of the QVO story, but the launch product reviewed here is 1TB, a capacity you can get already from numerous SSD vendors.

So what, if anything, is special about the QVO?

Both SanDisk and Silicon Power also have a 1TB SATA SSD around this price point.

We’d expect the QVO to drop to similar levels after launch, given the downward pressure on flash memory products at this time.

Check out all the best SSDs in our chart.

From the outside, there isn’t much to say about the 860 QVO drives, as they’re in much the same 2.5-inch form factor plastic/metal box that all SATA SSDs arrive these days.

READ  If you own a Huawei or iPhone, these restaurants won't serve you these secret dishes - T3

This box doesn’t shout QVO from the rooftops. Instead, there is a muted label that identifies it as a ‘SAMSUNG Solid State Drive’. 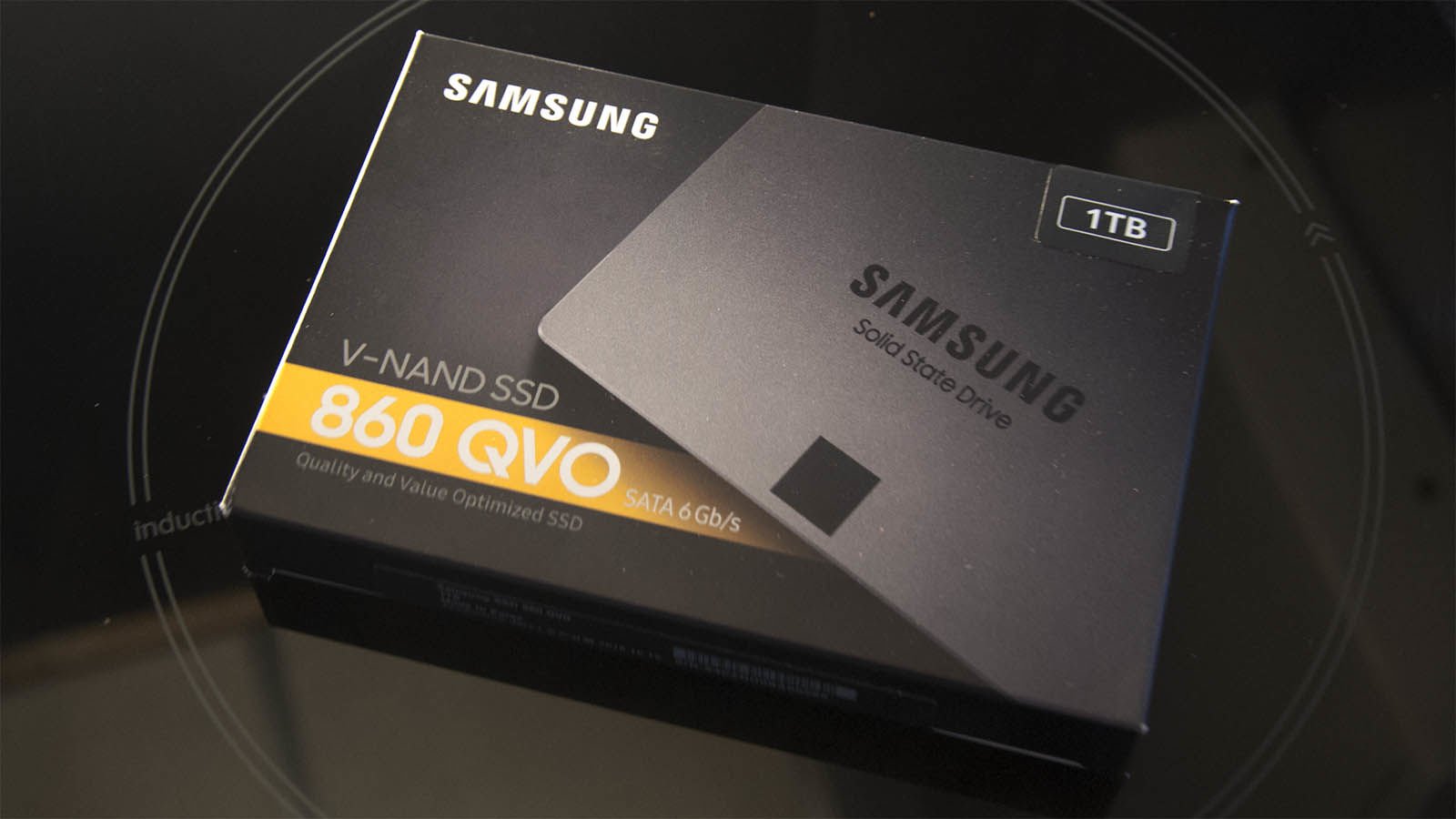 The internal hardware is mildly more interesting, as this is the first appearance of the new Samsung V-NAND 4-bit MLC combined with the proven MJX controller that was used in the 860 EVO.

These changes are primarily about size, because the maximum capacity of a triple-level cell was 64GB, enabling 500GB drives, where this technology with the MJX controller allows for 4TB drives.

These modules are separated from the demands of the computer by a cache system built from LPDDR4 RAM, and the 1TB model gets a gigabyte of that, and the 2- and 4TB models are advantaged by 2- and 4GB respectively.

Having a cache like this is important because it reduces the exposure of the SSD to the type of sustained writing that tends to make the performance of NAND devices look much less special. And, in this respect, the larger models will have an advantage when it comes to the writing of large files over the 1TB hardware reviewed here.

The trick with any development like this is not to bring the advantages without adding a downside, and according to Samsung the 4-bit QLC technology in the 860 QVO drives are as fast and as reliable as the 3-bit V-NAND they previously used.

For end users, there isn’t much, if any, difference, other than these drives will be coming in much larger capacities. The arrival of the QVO is the part of the storage evolution where SSDs grow to sizes that have normally to be expected from conventional hard drives.

Therefore, on paper, the advantages of QLC technology appear to be mostly for Samsung, and not its customers.

As is the norm with SSDs, we tested this one using the usual selection of benchmarking tools. These include CrystalDiskMark 6.0 and a couple of versions of the AS SSD bench.

CrystalDiskMark usually confirms the maker’s assertions, and our testing showed that the quoted 550MB/s reads and 520MB/s writes are a bit of an undersell to the real-world experience.

We managed 564.3MB/s reads, and 535.7MB/s writes. These numbers are remarkably close to the absolute limits of SATA III, though about a sixth of what a good NVMe connected module can achieve.

However, the key advantages of this drive aren’t ones that benchmarks reveal, or not ones we can practically run and still deliver this review in a reasonable time frame. Because the true TBW, or Total Bytes Written capability, might take years to be revealed.

All NAND memory up to this point has a limit to how many times any cell can be written before it fails to successfully record changes. And, the drive designers have integrated wear levelling technology to make sure that all cells take the pain of change equally.

The 1TB 860 QVO has a TBW value of 360TB, meaning that each cell can be written 360 times before statistically, it runs into reliability problems.

That might not seem like many, but generally, a PC doesn’t rewrite the entire 1TB capacity of a drive every day, and even busy users might struggle to make more than 50GB of changes in a typical work pattern.

At those levels, the drive would last 20 years if it had 50GB of changes every day of the year, and the larger versions of the 860 QVO double and quadruple those values to deliver 720TB on the 2TB model, and 1,440TB on the 4TB version.

Those are huge numbers that could translate either into reliability that spans over many decades or a drive that could handle 4K video editing without suffering an early burnout.

Realistically, we can’t test these aspects, but Samsung would be courting a major legal backlash, should it be determined that these drives don’t live up to these lofty expectations in due course.

We should also mention that the 860 EVO built on 3-bit MLC NAND has even better TBW, with the 1TB version offering 600TB, almost double that of the 860 QVO.

They both offer AES 256-bit Full Disk Encryption, but the 860 EVO comes with a five-year warranty, where the 860 QVO only gets a three year one.

We can’t help but be slightly disappointed by the QVO series. Not least because while the 1TB version was available for review, the 2TB and 4TB models have been delayed till early 2019. It’s those big capacities with their strong TBW potential that will interest people most, especially for those interested in building a high-performance NAS box.

And, given that Samsung moved to QLC V-NAND as a more cost-effective solution, the price doesn’t seem to reflect that in any recognisable way.

We’re forced to conclude that there isn’t a compelling argument to buy the 860 QVO 1TB over the Samsung 860 EVO 1TB at this time. But, when the price has come down, and the larger drives arrive that conclusion might well shift.

HBO Max, Apple Stores in the US re-opening, and must-have accessories on the AppleInsider podcast – AppleInsider

A Review of the Best Tools for Search Engine Optimization