Pet pampering has gone festive with special turkey-flavoured mince pies among the Christmas treats on sale to dog owners.

For the first time, Tesco and Sainsbury’s supermarkets are selling own-brand mince pies for dogs. Conventional recipes are a potential yuletide horror for dogs because raisins and sultanas are toxic for canines, prompting Britain’s two biggest supermarkets to offer dog-friendly alternatives. Tesco has also launched a range of macarons for small breed dogs, filled with mutt-friendly yoghurt.

It is all a far cry from the old days when the family dog might be tossed a discarded turkey bone, and follows pet owners’ spiralling expenditure on their four-legged companions at Christmas.

A new study of the UK’s cat and dog owners carried out by Mars Petcare – the UK’s biggest pet food company – found that the average pet owner will fork out £44 on treats, outfits and toys for their animals this Christmas, which is the equivalent of a £528m spend nationally. At the same time, 92% said they would be buying their pet a gift this year because they did not want them to feel left out.

It follows the more general trend of cat and dog owners wanting to buy the same products for their animals as they do for themselves, extending at Christmas to pet gifting through festive stockings, accessories and outfits as well as food and treats.

The pet Advent calendar market has become firmly established – and is offered by numerous retailers – since the first one was launched in the UK by Lily’s Kitchen five years ago, when it manufactured a modest 5,000. That has grown to more than 50,000 this year, shipped to nine countries across Europe, the Middle East and Asia.

This week the brand got significant celebrity endorsement when Victoria Beckham released a video on Instagram showing her daughter, Harper, opening one of the company’s dog Advent calendars and handing the treats to her two cocker spaniels.

Tesco was one of many retailers to stock alcohol-free mock “prosecco” for cats, called Pawsecco, as well as an alcohol-free beer for dogs called Bottom Sniffer – still on sale in the “Fetch” aisle of online supermarket Ocado.

Its new macarons are made exclusively by a family-run pet food business based near Boston, Lincolnshire, which grows the wheat that goes into pet biscuits.

“This year we wanted to launch a product that is perfectly proportioned for smaller dogs as well as bringing more elegance into the range. More and more people are making sure the family pet doesn’t feel left out at Christmas and these macarons are aimed at them.”

Sainsbury’s is selling its first dog-friendly mince pies in stores across the country after a trial earlier this year. Made with carob, which is a pet-friendly chocolate alternative, the festive pies are topped with turkey-flavoured biscuit stars.

However, the UK remains in the midst of a dog and cat obesity epidemic, with 52% of pets obese or overweight, and with vets telling owners not to overindulge their pets or feed them inappropriately over Christmas. 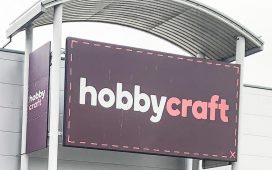