Global satellite communication providers Hughes Network Systems, Inmarsat and Viasat have urged Indian authorities not to allocate half of 28 GHz spectrum to mobile operators for 5G services, saying such as move will impact their data download speed and geographical reach.

The coveted 28 GHz spectrum – with band range from 27.5 GHz to 29.5 GHz – is currently used exclusively by satellite players but it is considered a highly efficient band for 5G services. Indian telcos are of the view that half of airwaves in this band should be earmarked for 5G services. But satellite companies are loath to share anything beyond 500 MHz (read: 27.5-28 GHz) in this mmWave band. They have taken up the matter with Department of Telecommunications (DoT) secretary Anshu Prakash.

“We did meet the DoT secretary on this (28 GHz) spectrum when we learnt that it was being decided to give away 50% of these valuable airwaves for 5G,” said K Krishna, vice president and CTO at Hughes Communications India. “This spectrum can’t be suddenly taken away as that will certainly hurt satellite interests,” he told ET. Anil Prakash, director general of Satcom Industry Association of India (SIA-India) who was present in the meeting with the DoT secretary, said International Telecom Union (ITU) had “twice rejected” designating any portion of the 28 GHz band for 5G services.

If this satellite spectrum is sliced off, it would rapidly reduce the serving capacity of satellite systems and the number of people that can be offered quality broadband services in India, he said. Experts said stakes around losing half of the 28 GHz spectrum to telcos are huge as most emerging satellite operators from Elon Musk’s SpaceX to Jeff Bezos’ Amazon are likely to use this band for running both their satellite gateways and terminals to deliver high-speed broadband. Satellite terminals, or WiFi routers, are critical as they communicate with the satellites and convert signals into WiFi that smartphones and laptops can latch on to access fast broadband services.

US-based Hughes Networks too has asked the Indian government to approve its project to build a satellite exclusively for India, which would need 28 GHz spectrum. Bharti-backed OneWeb, though, is an outlier among global satellite operators in that it has no issues in sharing 28 GHz spectrum with telcos. “OneWeb sees no conflict with mobile operators with regard to the 28 GHz band,” a company spokesperson told ET. “Globally, satellite spectrum is coordinated by ITU and respective countries to ensure a balance between terrestrial mobile services, satellite operators and any other user, and we believe it will be no different in India.” 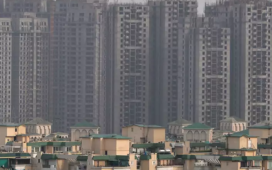 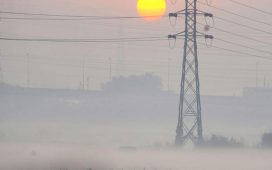