Saudi Crown Prince Pivots to Asia After Criticism From West

Saudi Arabia’s crown prince is embarking on a five-country sweep through Asia to nurture alliances there as the murder of a Saudi dissident and the Saudi-led war in Yemen continue to disrupt the kingdom’s relations with the U.S. and European powers.

Angered by Western criticism, Prince Mohammed Bin Salman has told aides that he would seek diplomatic support from Asian powers including China and India, according to senior Saudi government advisers.

The move represents a strategic pivot that could reduce his international isolation and allow him to reassert his influence on an international scale. Each country on the tour offers strategic and investment opportunities for Saudi Arabia.

“The shift is real, though it is starting from a relatively low base of cooperation,” said Elizabeth Dickinson, a senior analyst on the Arabian Peninsula at International Crisis Group.

The tour includes stops in China and India—for whom a stronger relationship with the heir to the Saudi throne could help secure energy resources for their expanding economies—along with Malaysia, Indonesia and Pakistan. 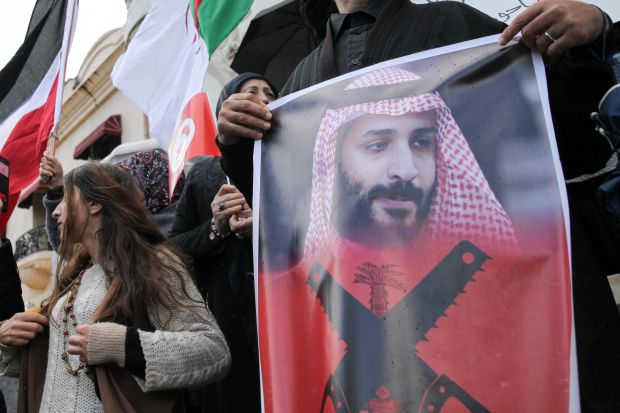 Tunisians protested the visit of the Saudi crown prince in November.

The trip marks a contrast to the Saudi royal’s swing through the U.S. in March and April 2018, an introductory roadshow in which he spent time with President Trump and dignitaries such as Oprah Winfrey and Amazon founder Jeff Bezos.

That was before the falling-out with the West over the killing by Saudi operatives of journalist Jamal Khashoggi inside the Saudi consulate in Istanbul in October, which U.S. intelligence concluded was probably ordered by Prince Mohammed. Saudi Arabia has rejected such statements.

American lawmakers later voted to halt U.S. support for the Saudi-led war in Yemen. The House this week passed a war-powers resolution directing the removal of U.S. armed forces involved in the conflict, which has killed more than 10,000 people since 2015 and pushed millions to the brink of starvation.

On the crown prince’s last foreign trip, in November, protesters in Tunisia—one of the region’s only democracies—took to the streets holding signs with the prince’s face crossed by a red letter ‘X,’ a sign of his tarnished public image. 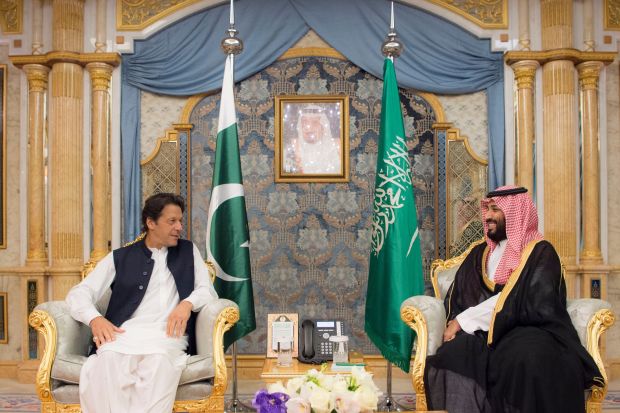 Loan and investment pledges from Saudi Arabia have helped Pakistan Prime Minister Imran Khan, at left at a meeting with Prince Mohammed in Jeddah in September. The two are set to meet again in Pakistan.

Prince Mohammed will likely receive a warmer reception on his Asia tour, as he focuses on trade and relations with governments that aren’t expected to raise objections to Saudi Arabia’s human-rights record. Saudi officials didn’t respond to questions about the Asia trip.

The tour is set to begin on Sunday in Pakistan, where the crown prince is bringing the promise of billions of dollars in support to an ally facing an economic crisis. Prince Mohammed is expected to sign at least $12 billion in agreements, including plans for a new oil refinery, investments in renewable energy, and an umbrella agreement to invest in the mining sector. He is also expected to approve an agreement to supply $3 billion in oil on a deferred payment basis.

In the process, he has the opportunity to court a nuclear power that shares a border with Saudi Arabia’s chief strategic opponent, Iran.

Offers of some $30 billion in support from Saudi Arabia and the United Arab Emirates have allowed Pakistan’s Prime Minister Imran Khan to defer taking loans from the International Monetary Fund and the austerity commitments that would accompany them.

In China, Prince Mohammed will meet the leaders of a country that is an important customer for oil and gas exports—Saudi Arabia is China’s largest supplier of crude. Beijing is itself investing in infrastructure and trade to extend its influence throughout Asia, the Middle East, and Africa.

In India, a country that has sent 2.7 million expatriates to live and work in Saudi Arabia, Prince Mohammed will meet with Prime Minister Narendra Modi. India is also an importer of Saudi oil, with 20% of the country’s imports coming from the kingdom.

In Malaysia, the crown prince will meet with Prime Minister Mahathir Mohamad and inaugurate a petrochemical refinery and complex built in the southern state of Johor, Malaysian officials said. Malaysia has attempted to strike a neutral stance in Middle East affairs. In June, shortly after Dr. Mahathir assumed office, Malaysia decided to withdraw troops stationed in Saudi Arabia to avoid getting mired in the Yemen conflict.

Indonesia has been pushing for greater investment ties with Saudi Arabia at a time when foreign investment in the Southeast Asian giant has been dropping. Saudi Arabia pledged to invest billions of dollars to expand an Indonesian refinery, but the deal has since faltered.

—Saeed Shah contributed to this article.

Read More   'Like walking the tightrope': Some European countries are starting to lift coronavirus lockdown measures 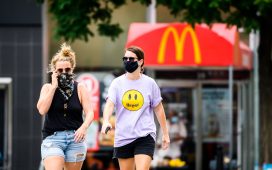 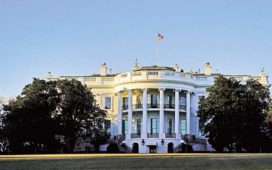