A new social app called Panion, which has been created by Swedish-based expat Melanie Aronson, looks set to revolutionise the integration of expats all over the world by providing a social networking platform to link people with similar identities and interests.

Aronson, who moved from New York City to Malmö in 2014 on a Fulbright scholarship, was inspired by her studies on integration as well as her own experience meeting people in a new country.

Increased interest and investments
Though only released at the beginning of the year, Panion has already sparked interest, attracting 100,000 users and many investors, who have already coughed up pre-seed investment of 2.5 million Swedish krona (1.7 million kroner), including several Danish entrepreneurs.

The app is currently eyeing a B2B option that will enable it to also help  employers and students connect, as well as employees at large companies.

25 percent of kids feel lonely in Denmark
The Børns Vilkår og TrygFonden report ‘At stå udenfor’ (standing outside) reveals that every fourth child feels lonely, with 19 percent feeling loneliness intermittently and 7 percent frequently. Caused by both school and home life, the increasing prevalence of loneliness among students can generate both a mental and physical toll on the students. If extended into schools, the Panion app may be a breakthrough in providing isolated youth with needed resources.

Fewer dangerous chemicals in young Danish men’s urine
A recent study carried out by the Clinic for Growth and Reproduction at Rigshospitalet reveals that the amount of harmful chemicals in the urine of young men has decreased following increased legislation regulating chemicals in packaging and food. In the study, eight out of 15 of the urine samples had a lower concentration of phthalates, a chemical used to soften plastic, as well as reduced amounts of five different pesticides and fungicides. However, the accumulation of other harmful chemicals has risen, which can cause decreased fertility and early puberty, as well as affect foetal development.

Silicon Valley targeting Denmark
The Silicon Valley Bank (SVB) has earmarked a minimum of 200 million dollars (1.356 billion kroner) in its budget for investing in Danish technology companies – with no licence to hold them back. SVB’s interest emerges from Denmark’s thriving tech presence and Denmark’s flexible regulatory legislation – particularly regarding loans. SVB’s extensive clientele, not only in the US but also in the rest of the world, will surely open up investment opportunities for Denmark’s growing tech community.

40 percent of Danish schools don’t have adequate ventilation systems
Professor Jørn Toftum from the DTU estimates that four in ten Danish school buildings lack proper ventilation and are therefore ill-equipped to deal with warm temperatures. The solution lies in a solar film that can be placed over the windows, which is a cheap, maintenance-free and effective way of preventing 70 percent of the solar heat from entering a classroom. The film works like sunglasses for a building, reducing the temperature by 6 to 8 degrees and improving students’ ability to both focus and perform in class. 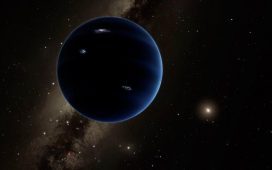