Science breakthrough as researchers move to control hurricanes: 'Stopped in their tracks'

Hurricane Ida intensifying over the gulf of Mexico

Climate change poses a catalogue of risks to the planet. Human-induced warming will make parts of the world uninhabitable, and vital crops may become extinct. Insects will disappear and disrupt the food chain from the bottom up, all leading to catastrophic change for humans.

Another aspect of the climate crisis is the increased instance of natural disasters, with one of the most serious problems being rising sea temperatures.

Now, however, a Norwegian company claims to have discovered a way to mitigate the rise of destructive hurricanes: by blowing bubbles.

OceanTherm, founded by Olav Hollingsæter, a former naval officer, is developing a system that uses bubbles to cool the surface temperature of the sea by drawing up cold water from the oceans’ depths.

Science: The researchers are hoping to devise a way to stop hurricanes in their tracks (Image: GETTY)

Hurricanes: The storms leave a path of destruction in their wake (Image: GETTY)

Hurricanes are created when hot and cold air meet over warm ocean waters of 26.5°C or above.

The warmer the water, the more powerful a hurricane can become, as seen in recent devastating cyclones in years past.

But water below 26.5°C has neither the heat nor sufficient levels of evaporation to feed a hurricane.

This will either reduce the strength of the storm — and chances of making landfall — or prevent one forming in the first place.

Cyclones: A child plays on the seafront in the aftermath of a hurricane (Image: GETTY)

OceanTherm’s idea is to lower perforated pipes deep into the ocean through which to blow compressed air.

The air would create bubbles that would draw cooler water up to the surface and reduce its temperature to below 26.5°C.

The pipes would be deposed from a fleet of ships patrolling areas known to form hurricanes, places like the Gulf of Mexico.

They would then create a “bubble curtain” in a hurricane’s path to diminish it, potentially “stopping them in their tracks”, according to BBC Science Focus magazine.

And yet, the idea is an old one, with OceanTherm simply applying a new technique.

US: The south-eastern US coast is familiar with hurricanes (Image: GETTY)

Norway has been using bubble curtains for years to prevent fjords from freezing in the winter.

But in this case the bubbles bring warmer water to a surface that’s being chilled by cold winter air.

The company’s proposal has yet to be tested on a hurricane, and Hollingsæter admits a lot of research and development is needed to make it viable.

Many believe the task is not even possible.

Bill McGuire, Emeritus Professor of Earth Sciences at University College London, told Science Focus: “There’s a huge difference between keeping a fjord from icing over and weakening a tropical cyclone with the power of several thousand nuclear bombs and up to a thousand kilometres, or more, across.”

Hurricanes facts: Florida is hit by 40 percent of the hurricanes that form in the US (Image: Express Newspapers)

The practicalities and cost will be a huge factor.

However, this is balanced out when the cost of a hurricane — $54billion (£40bn) annually according to the US Government’s Congressional Budget Office — is taken into consideration.

And, there are cheaper alternatives.

Devastation: Thousands are often left without homes in the aftermath of the storm (Image: GETTY)

“And slashing emissions so that an overheating climate and ocean don’t drive more powerful and wetter storms.”

Other methods include a seafloor scanner, vibration barriers and snow drift monitoring.

You can subscribe to BBC Science Focus magazine here. 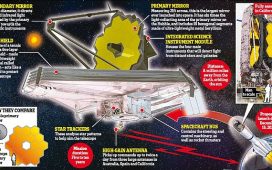 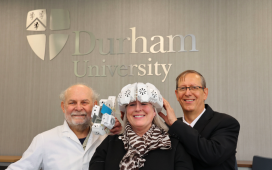 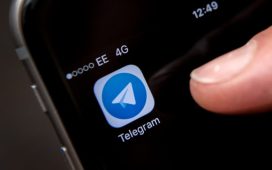 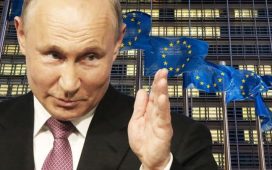