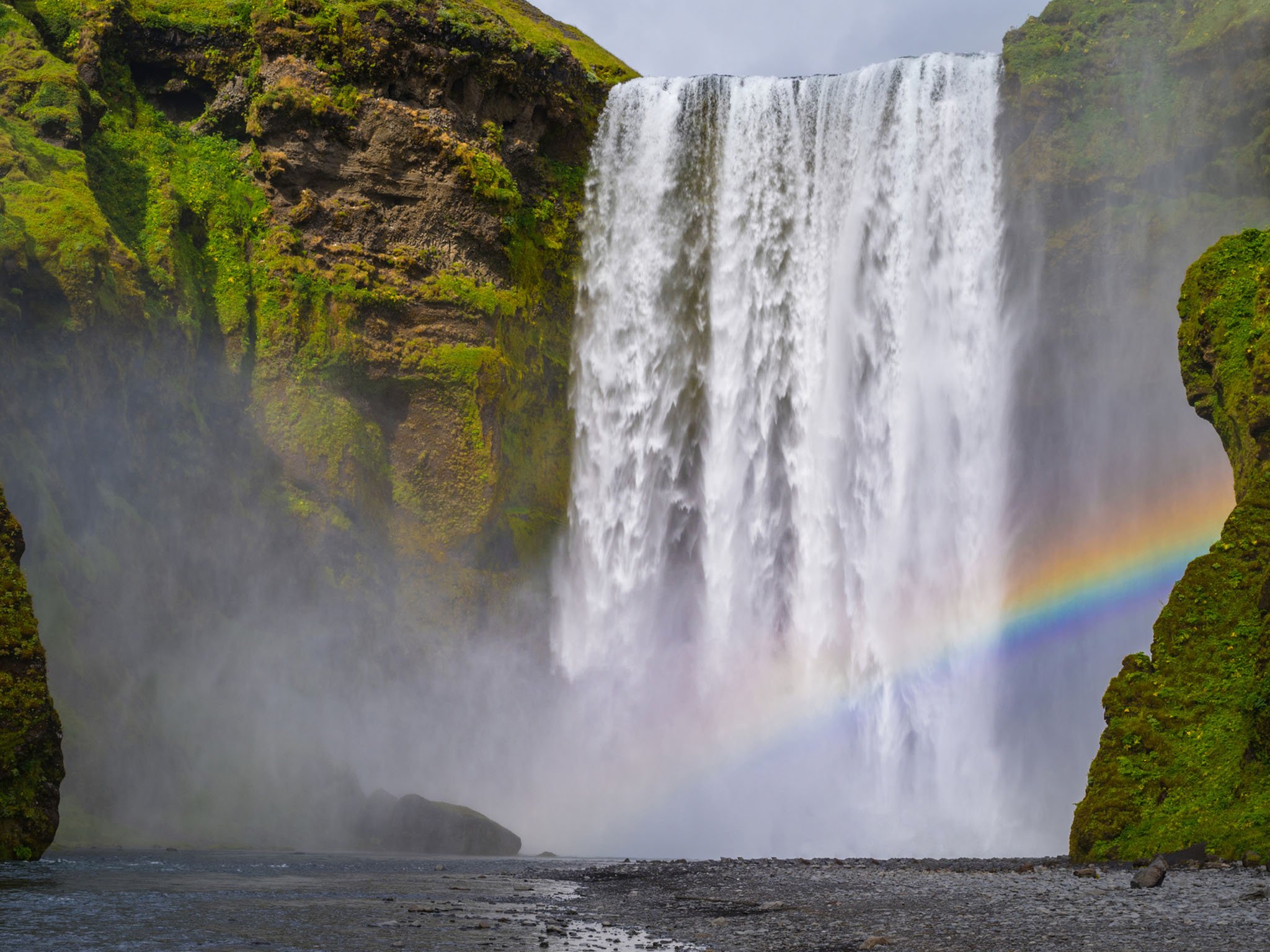 What makes a waterfall? Maybe it forms itself

Waterfalls are furious cascades of water, sometimes scoring the landscapes in which they flow as they obey gravity’s demands.

Powerful though waterfalls may appear, there is a longstanding assumption that they can only form when permitted by other natural forces. Tectonic movement shifting rock around, alterations in sea level, a change from a resilient rock to a more easily erodible one are all ways in which external forces are believed to influence where waterfalls form.

But this paradigm may be about to change. By building a scaled-down river in their laboratory, a team of researchers demonstrated that waterfalls can sometimes bring themselves into existence without any outside help.

Scientists “often use the presence of waterfalls to try and reconstruct the history of a landscape”, says Edwin Baynes, a quantitative geomorphologist at the University of Auckland in New Zealand who was not involved in the study. By better understanding how waterfalls can form, the new study may prompt scientists to reconsider how our planet shaped itself, and help them peer back through deep geological time with greater precision.

To investigate how waterfalls form, researchers built a 26ft-long, 12in-wide, 3.3ft-deep channel. They filled it with a foamy bedrock, tilted it at a 20 per cent slope and let sediment-rich water flow down its surface. By using a riverbed made of foam rather than real rock, the team was able to watch millenniums of erosion play out under very short timescales.

The turbulent flow of the “river” down a steep slope started digging out parts of the riverbed. It did so unevenly, with some pockets eroding faster than others, and the uneven erosion was amplified as the river continued to quickly flow. Eventually, with no externally triggered changes to the sediment load, the flow rate, the underlying channel shape or anything else, a deep pocket of erosion formed, one that made the river jet off from the higher section of the riverbed and splash down some distance away.

A waterfall appeared, all by itself.

Scientists had assumed that waterfalls always arose from geological or climate-driven changes. “Now, I think we’re starting to call that idea into question,” says Joel Scheingross, an assistant professor of geosciences at the University of Nevada, Reno, and the lead author of the study, published recently in Nature.

Asteroid assassination could well be futile

Faced with the prospect of a sizeable asteroid heading towards Earth and causing doomsday, humanity has come up with various responses.

Hollywood may reckon that the best way to destroy an errant space rock is with nuclear weapons. This is rarely the preferred option of experts, but using some sort of spacecraft system to smash an asteroid into small, harmless pieces is seen as a real-world possibility. A new study, looking at a gigantic space rock-on-space-rock clash, hints at how utterly ineffective this type of asteroid assassination attempt may be.

Using computer models, scientists simulated a 4,000ft asteroid smashing into a 15.5-mile asteroid at 11,200mph. Immediately after colliding, the large asteroid cracked considerably, with debris flowing outward like a cascade of ping-pong balls. Despite some deep fractures, the heart of the asteroid was not comprehensively damaged.

As time went on, the gravitational pull of the asteroid’s resilient core was able to pull back ejected shards. It seems that asteroids don’t just absorb mind-boggling amounts of damage, but, as previous work has hinted, they also are able to rebuild themselves.

Charles El Mir, who studies asteroid annihilation at Johns Hopkins University and is the paper’s lead author, saya his findings “could be interpreted as an argument against ‘blowing up’ an asteroid as a defensive strategy.”

Asteroid collisions and demolitions have been simulated many times in recent decades. Earlier studies suggested that large asteroids are full of internal scars because of their violent history, and that a fast enough impact would completely shatter them.

The new study, published recently in the journal Icarus, tried a different simulation.

KT Ramesh, director of the Hopkins Extreme Materials Institute, says that Andy Tonge, a former graduate student, developed a computational model that looked at how materials like bulletproof vests respond to impacts. Realising that Tonge’s model could simulate asteroid impact events, the team merged it with another model that also replicated the effects of a large asteroid’s gravitational field.

This hybrid model allowed them to more realistically see how an asteroid responds to being hit by a powerful projectile. It captured previously missing but vital small-scale details, including where fractures would appear and precisely how they would spread.

In the badger’s case, culling can work, but often it doesn’t

The badger is chubby but strong, with short legs, a long body and endearingly goofy gait. Once tortured by dogs in a blood sport called badger baiting, it is now a protected species in the UK.

But the beloved creatures also carry bovine tuberculosis, a disease that has killed hundreds of thousands of cows across Britain since at least the 1970s. For that reason, the omnivorous mustelids have been targeted in bloody culls to control the disease’s spread.

In some instances the effort worked; in others, it didn’t. All along, people who love badgers have questioned the effectiveness and necessity of the culls.

In a new study, researchers simulated different badger-culling scenarios, and discovered that culling can help reduce the spread of wildlife disease. But to work, the efforts must fall within a “Goldilocks zone”, wherein the number of animals killed, the ground covered and the duration of the cull all must be just right.

The study’s results, published recently in Journal of the Royal Society Interface, help to explain some of the mystery over the varied effectiveness of the culls, which has driven decades of dispute. The results also provide a framework for understanding culling efforts to stop the spread of wildlife diseases in other animals, and suggest that on-the-ground realities often make a successful cull unattainable.

Although the bacterium that causes bovine tuberculosis typically spreads from cow to cow, badgers, which also fall sick from it, are thought to play a role when uninfected cows come into contact with infected badgers or their waste. As farms faced the spread of bovine tuberculosis, various strategies were tried to control the disease: vaccination, testing, fencing and culling cattle, and culling badgers.

Not all culls are created equal, says Naomi Fox, a quantitative ecologist at Scotland’s Rural College, Edinburgh, and an author on the study. They are deemed effective when the target population is significantly reduced, and reduced uniformly across all sites, at just the right time and for an extended period.

Miss any of these details, however, and the disease can spread even more than it would have if nothing had been done. That outcome is called a perturbation effect, and is related to how these animals congregate.

It only required a glance at the ultrasound for the doctor to know that he was looking at identical twins. The positioning of two amniotic sacs attached to one placenta was the giveaway. It would be a couple of months before he could tell the mother whether to expect two boys or two girls.

What seemed certain was that her babies would share a gender. And yet at 14 weeks, when Dr Nicholas M Fisk, a maternal fetal medicine specialist at the Royal Brisbane and Women’s Hospital at the time, inspected the ultrasound, he saw something perplexing. One boy. One girl. Sharing a single placenta.

As it turned out, the twins were neither fraternal nor identical. They fell into a third rare category known as semi-identical or sesquizygotic twins. Although it would take several years to prove, he was looking at the first set of semi-identical twins to be identified during pregnancy, according to a paper published in the New England Journal of Medicine.

The pair share 100 per cent of their mother’s DNA, but only overlap in a portion of their father’s DNA.

“Broadly they are about three-fourths identical,” said Fisk, adding: “It’s almost as rare as hen’s teeth.”

“When a sperm enters an egg, the membrane locks down to stop any other sperm from getting in,” says Fisk, who is now deputy vice chancellor for research at the University of New South Wales. “Even if another sperm got into an egg, you would end up with three sets of chromosomes and you don’t survive.”

And yet when he and his colleagues undertook an exhaustive analysis of every single chromosome in the boy and the girl, what they found were two healthy babies. Each contained the normal number of chromosomes. But there were some areas where their DNA was identical and others where it was different.

Last year archaeologists in Peru announced the discovery of a centuries-old ritual massacre, at a site they believed was the largest known case of child sacrifice ever found.

Buried beneath the sands of a 15th-century site called Huanchaquito-Las Llamas were nearly 140 child skeletons, as well as the remains of 200 llamas.

While the reasoning behind the gruesome mass murder of the boys and girls – who were only between the ages of five and 14 – cannot be definitively determined, the researchers now say the act was done out of desperation in response to a disastrous climatic event: El Niño.

“What we seem to have at Huanchaquito-Las Llamas is a sacrifice to stop torrential rains, flooding and mudflows,” says John Verano, an anthropologist at Tulane University and an author of the paper, which was published recently in PLOS One.

The finding provides insight into the rituals of the ancient Chimu civilisation that inhabited Peru’s northern coast. It also attempts to piece together the story behind why people killed these children, presumably by cutting open their chests and ripping out their hearts.

One day in 2011 a man named Michele Spano Pescara approached Gabriel Prieto, an archaeologist at the National University of Trujillo in Peru. He said that his children had dug up bones near his home. When Prieto followed the man to the site, he was astonished.

“There were so many complete human remains and complete bodies in perfect states of preservation everywhere,” says Prieto, who led the study.

Prieto called in a colleague, Katya Valladares, who investigated the skeletons and identified cut marks on many of the children’s sternums. That indicated that the burial site was not a group cemetery, but rather the location of an orchestrated killing event.

From 2011 to 2016, Prieto and his colleagues dug up 137 complete child skeletons and the remains of more than 200 llamas in an area that stretched about 7,500 square feet. 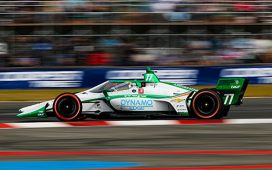 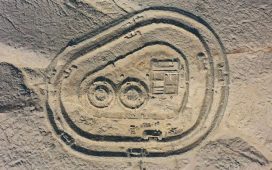