Scientists developing app to detect depression from your voice


An app that can detect when you’re depressed based on changes in your voice is being developed by scientists.

Researchers at the University of Maryland have been measuring speech coordination changes when a person becomes depressed, and are using their findings to create an app to help diagnose depression more quickly.

A person with depression can’t think as fast, on average, as someone without depression, and their speaking rate is slowed with longer and more frequent pauses.

The app uses machine learning, a technique that involves simulating the brain’s neural networks, to detect these subtle changes to speech patterns.

Depression detection technology could be used in a range of therapeutic settings, like helping mental health therapists to assess how their treatment is affecting patients.

‘Ideally, therapists will give the app to patients who suffer with major depressive disorder (MDD) when they are in remission or only have mild depression,’ said Professor Carol Espy-Wilson, who is leading the research.

‘That is, they are in a state where they are likely to use it regularly, so their mental health status can be tracked, and the appropriate people will be alerted if the app detects that the severity of the depression is increasing.

‘The point is to alert the therapist if a patient needs to be seen so that they don’t get severely depressed and possibly decide to commit suicide.’

The current design for the app, which is still in its preliminary stages, would ask users to sign in and answer basic questions how they’ve been feeling physically and emotionally.

Users would record their answers verbally, and potentially with video, so the machine learning techniques could assess the patient’s mental wellbeing.

‘We will look at their articulatory coordination, language and facial movements to determine depression severity,’ Professor Espy-Wilson told MailOnline.

‘If there has been a change that is concerning, then the proper people will be notified – e.g., therapist, patient and their caregiver.

‘We have to do simulations and a clinical trial to work out all of these details and understand the best way to share information.’

While the system currently only identifies whether a patient has depression or not, the University of Maryland researchers are fine-tuning their model to be able to measure the severity of depression, too – whether it’s mild, moderate, severe or very severe.

People with MDD has spiked during the pandemic, with the World Health Organisation that more than 264 million people worldwide have some form of depression.

Scientists at the University of Glasgow estimated that one in 10 people had suicidal thoughts by the end of the first six weeks of Britain’s first pandemic lockdown.


MORE : How to get motivated to exercise when you have depression


MORE : Nearly half of young women experienced depression during the most recent lockdown 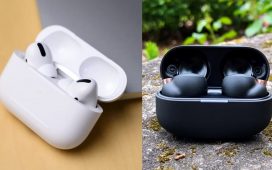 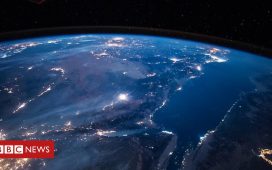 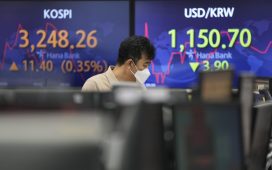