The Scottish government announced on Monday it would scrap the widely criticised national body responsible for school exams as part of a wider shake-up of secondary education.

The decision to replace the Scottish Qualifications Authority (SQA) and “substantially reform” government agency Education Scotland follows pressure on the Scottish National party over pupils’ attainment and its handling of the impact on schools of the coronavirus pandemic.

The move could trigger wider debate in Scotland and other parts of the UK over how best to assess pupils’ abilities, an issue already given greater prominence by the cancellation for the second year in a row of secondary school exams across Britain.

A report on Scotland’s primary and secondary education by the OECD, the Paris-based international organisation, concluded on Monday that there was “misalignment” between the qualifications system and the wider goals of the curriculum.

The OECD also highlighted Education Scotland’s “unusual” role in acting as school inspector while also being responsible for designing the curriculum and supporting headteachers.

Shirley-Anne Somerville, who became Scotland’s education secretary last month, said the report confirmed that the “Curriculum for Excellence” applied in primary and secondary schools was the “right approach”. But Somerville acknowledged that, a decade after CfE’s introduction, change was needed.

“We will replace the SQA. We will talk to young people, parents and teachers to build a system that works in line with CfE,” she said, adding: “Responsibility for inspection will no longer sit with Education Scotland and we will look at what further reform of the agency’s functions is required.”

Read More   Morrisons is selling £1.25 fake snow that moves and shoppers are obsessed

The minority SNP government has been under pressure over education, including over its failure to substantially narrow the attainment gap between richer and poor children and U-turns over how to grade pupils following the cancellation of flagship secondary exams in 2020 and 2021.

The minority SNP government suffered a symbolic defeat in February when the Scottish parliament passed a motion declaring that neither the SQA or Education Scotland were “fit for purpose”.

However, just this month Nicola Sturgeon, Scotland’s first minister, had insisted that she had full confidence in the SQA.

Scotland’s CfE was intended to encourage more creative, collaborative and cross-disciplinary learning, but critics say it has led to narrower subject choices and inadequate stress on fundamental knowledge.

The OECD report was generally positive about the CfE approach, but highlighted what it said was “some ambiguity about the role of knowledge and ways of knowing”.

“Scotland could consider how the design of CfE can better help learners consolidate a common base of knowledge, skills and attitudes by the end of [the third year of secondary],” the report said. 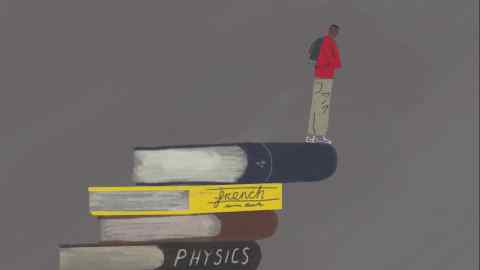 Jan van den Akker, one of the OECD report’s authors, said the last three years of Scottish secondary education were not “in line” with CfE goals. “Curriculum for Excellence, you might say, is a sort of jewel — but you have to polish it to make it shine in every facet,” he said.

The government said it would launch reviews later this year to decide how to replace the SQA and reform Education Scotland.

Ross Greer, a Scottish Greens MSP, called for a wider rethink of exams. “These changes must go hand in hand with reform of the exams system itself, moving away from the antiquated high stakes end of term exam model and towards systems of ongoing assessment,” Greer said.