Blades for Scotland’s largest offshore wind farm will be manufactured on the Isle of Wight.

Demark-based MHI Vestas has been awarded the contract to build the blades and turbines for the Seagreen 1 project in the North Sea.

No decision has been taken on the contract to build steel jackets which the BiFab yard in Fife hopes to secure.

Once completed, they say the project 27km (16 miles) from the Angus coast will provide electricity for about one million homes.

SSE Renewables managing director Jim Smith said the project “will contribute towards building a cleaner, more resilient economy as we pursue a green recovery from coronavirus”.

And UK Energy Minister Kwasi Kwarteng said: “Seagreen 1 will create hundreds of jobs while powering millions of homes and helping to cut CO2 emissions, highlighting the key role offshore wind will play in our journey to a net-zero carbon emissions UK economy.”

Blades for the wind turbines will be built at the MHI Vestas factory on the Isle of Wight.

GMB Scotland secretary Gary Smith said the turbines would be built in Denmark while fabrication yards in Fife and Arnish “lie idle”.

“Today’s contract awards make the need for an urgent review of the wind power strategies of Holyrood and Westminster an absolute necessity,” he added.

However SSE Renewables said there would be benefits for Scottish jobs.

In a statement, it said: “The supply chain contracts associated with the Seagreen 1 project represent a significant opportunity for Scotland.

“Seagreen will create around 400 jobs during construction and will deliver an estimated £1bn-plus in economic benefits to Scotland and the UK.

BiFab was rescued from closure by a Canadian firm, with the Scottish government taking an equity stake.

The company has yards in Methil and Burntisland in Fife and near Stornoway on the Isle of Lewis, but they have had little work and only skeleton staff while awaiting news of contracts for big offshore wind projects.

If there are no jackets ordered from BiFab, it would be the latest in a series of disappointments, as wind projects are developed off the east coast of Scotland.

The jackets, or platforms for turbines, are being more cheaply fabricated at bigger scale in Spain, the Persian Gulf and Indonesia. 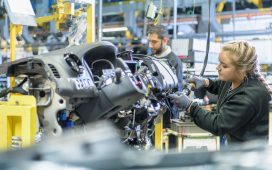 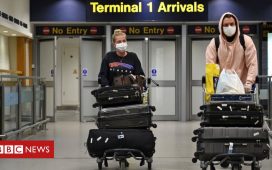 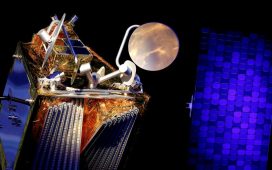