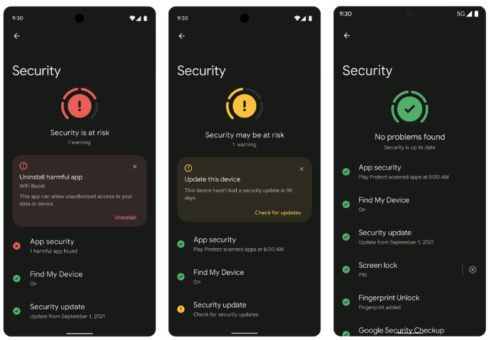 Google recently announced Pixel 6 and Pixel 6 Pro, the most secure Pixel phones yet. These new smartphones will bring users security updates for the next five years along with additional layers of hardware security.

The Pixel 6 phones take a layered approach to security, with innovations reaching across the Google Tensor system on a chip (SoC) hardware to new Pixel-first features in the Android operating system. As a result, these are the first Pixel phones with Google security spanning from the silicone through the data center.

Out in Tech launches fundraiser to support LGBTQ+ tech professionals

Out in Tech recently launched “Out in Tech’s 2021 Crowdfund Campaign”, a fundraiser dedicated to powering up the LGBTQ+ tech community. The fundraiser is hosted on GoFundMe and has a goal of $100,000 total. Of that goal, the community has raised over $29,000 by 114 donors, as of this writing.

Since 2014, Out in Tech has been working to bring the LGBTQ+ tech community together in major cities. Now the organization is looking to expand the reach of this effort. With the fundraiser, Out in Tech is going beyond major hubs to connect LGBTQ+ techies in differing areas together and empower them in the tech community.

JetBrains announced the release of version 2021.10 of its EduTools plugin. This release brings new features for the Codeforces and JetBrains Academy Integrations, as well as several improvements and bug fixes.

With this release, Codeforces users can now view current and upcoming contests by going to the “Select Course” window and clicking “Codeforces.” After that, the user can find the ones they like in the “current and upcoming” group and register for the contest. In addition, there have also been improvements to JetBrains Academy, such as the ability to work on downloaded datasets directly in the user’s IDE. With this, users have access to the full development experience while learning.

There are also many improvements and bug fixes, such as the ability to create a tooltip for downloaded datasets, the issue of Marketplace courses needing to be reset after the course updates being resolved, the issue that made it impossible to start new Codeforces contests being resolved, and more.

YugaByte today announced that it has closed $188 million in a Series C funding round. The round was led by Sapphire Ventures and includes participation from Alkeon Capital, Meritech Capital, and Wells Fargo Strategic Capital, as well as existing investors Lightspeed Venture Partners, 8VC, Dell Technologies Capital, Wipro Ventures, and more.

The round came seven months after its previous round and brings the company’s total funding to over $290 million and values YugaByte at more than $1.3 billion. The influx of funds will be used to grow YugaByte’s field and engineering teams and fuel the company’s expansion into new markets.

Olive today announced the launch of five new partnership programs, bringing a powerful new channel of distribution for those looking to make a meaningful change in healthcare. These five programs are Olive Develop, Olive Deployment, Olive Distribute, Olive Alliance, and The Library.

This partnership program works to create more open access in the industry allowing for solutions built on Olive to be delivered to a vast range of hospitals, health systems, payers, and patients.

“We are inspired by Olive’s vision to create the Internet of Healthcare, which is currently missing in the healthcare industry,” said Tai-Yi Huang, corporate vice president of ASUS and head of ASUS Intelligent Cloud Services (AICS). “We share the same mission to make the industry more efficient and affordable by connecting its disconnected systems, unlocking data from the various silos and enabling innovations in time with AI technologies.”