Seattle housing market is under pressure as Chinese buying 'dries up'


But the Chinese yuan’s recent fall in value against the U.S. dollar has made housing more expensive for Chinese buyers. Now, Woloshin said, Seattle could see the opposite of the buying frenzy it had two years ago.

In the Seattle metropolitan area, home prices skyrocketed 45 percent between August 2016 and now, according to Woloshin. On a currency-adjusted basis, for Chinese buyers, they are up 54 percent.

“The Chinese have a very long time horizon, so if they are buying that home as a second or third home or they’re going to buy it for their child, that’s fair, but the huge run-up in prices, the depreciation in the yuan is going to have an impact,” he added.

Seattle housing is already cooling. The number of homes for sale in King County (where Seattle resides), shot up 47 percent in May compared with a year ago, according to the Northwest Multiple Listing Service. Pending home sales, which represent signed contracts, dropped nearly 9 percent.

Stephen Saunders is a managing broker with Coldwell Banker Seattle and works with Chinese investors in the Seattle market. “It’s drying up,” he said. “I just don’t see the same kind of volume. The downtown Seattle condo market has come to a grinding halt, and that’s where Chinese buyers were.”

Most of his clients are looking for properties in the $1 million to $3 million range, but he said the slowdown in buying is not all about the yuan.

“It’s not necessarily the decline in the currency, it is the increasing restrictions on getting money out. It’s just getting tighter and tighter,” he said, adding that the trade war between the U.S. and China is hitting the finances of some of his investor clients. As for Chinese families looking to buy homes for their children in the area, in just the past six to 10 months, “that’s dried up substantially,” he said.

Despite the increase in the supply of Seattle homes for sale, inventory is still incredibly low at barely two months’ worth, based on the level of sales. This is the same trend throughout the West, where overheated home prices have caused buyers to pull back.

“Although signs of an inventory turnaround are encouraging, whether they mean good news for buyers remains to be seen,” wrote Danielle Hale, chief economist at Realtor.com, in a release. “But high prices and fast-selling homes are causing some buyer hesitation which is reflected in fewer home sales.”

The Seattle housing market has benefited enormously from the region’s largest employer, Amazon. While there was concern earlier this year that a local “head tax” on employers would cause a hiring slowdown, that tax was quickly repealed after enormous pressure from Amazon.

The e-commerce giant, however, did report its first decline in its number of employees since 2009.

After strong hiring throughout the first half of 2017, job postings for open positions at Amazon headquarters dropped sharply last December, according to a report from The Seattle Times. Amazon is also planning to open a second headquarters, commonly called HQ2, although it has yet to announce the location. It currently employs more than 40,000 workers at its Seattle headquarters, according to quarterly filings.

Hiring shifts in Amazon’s home market would certainly affect local housing. The Seattle area, however, is also home to Microsoft and other tech companies.

“I think it will slow down,” said Skylar Olsen, director of economic research at Seattle-based Zillow. “Amazon is certainly a huge player, but they were a catalyst that started a lot of growth in tech. It wasn’t just Amazon that was booming local neighborhoods, it was other start-up players.”

On the other hand, Olsen said she actually thinks the devaluation of the yuan could spur homebuying in Seattle.

“If they’re investment buyers in the first place, then really you just move down in your price point, but you’re still really interested in the rate of return. If you expect the yuan to continue to drop, then you have every reason to buy an asset that’s not valued in yuan,” she added. 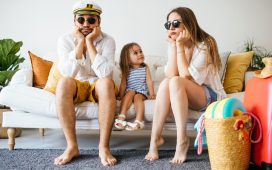 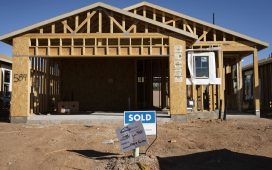 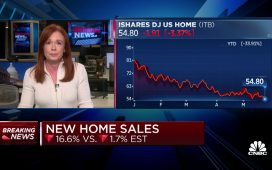 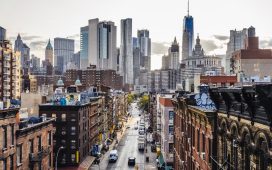 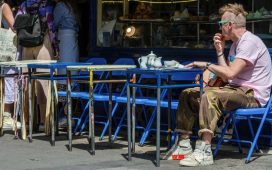