Senators and Biden Aides Struggle to Save Bipartisan Infrastructure Deal


WASHINGTON — Congressional negotiators and the Biden administration tried on Monday to salvage a nearly $600 billion bipartisan agreement to invest in roads, water pipes and other physical infrastructure, after Republicans rejected a key component to pay for the plan and resisted Democratic plans for an initial procedural vote on Wednesday.

Senators and administration officials are still working to hammer out the details of the deal, including how to ensure that a plan to finance it will secure 60 votes for Senate passage. White House officials expressed confidence on Monday that the agreement could be finalized. But its fate was uncertain.

Mr. Biden is pushing his economic agenda in parts. The bipartisan agreement is meant to be Step 1 — with a much larger, Democratic bill to follow. But weeks after their announcement of a deal, the bipartisan group has not released legislative text or received external confirmation that it is fully financed. A top negotiator said over the weekend that the group jettisoned a key plan included in the deal that would have raised revenue by giving the I.R.S. more power to catch tax cheats.

Republicans have come under pressure to oppose that funding method from conservative anti-tax groups, who say it would empower auditors to harass business owners and political targets. Democrats say the increased enforcement would target large corporations and people who earn more than $400,000 — and note that improved tax enforcement has been a bipartisan goal of administrations dating back decades.

Still, on Monday evening Senator Chuck Schumer of New York, the majority leader, set up a procedural vote to begin moving toward debate on the bipartisan deal, even without the text of the plan, on Wednesday. Mr. Schumer said that if senators agreed to consider infrastructure legislation, he would move to bring up either the bipartisan deal, should one materialize this week, or a series of individual infrastructure bills that have been approved on a bipartisan basis by Senate committees.

The plan was an effort to force negotiators to move toward finalizing details and a critical mass of Republicans to commit to advancing the deal, with Democrats eager to advance the legislation before the Senate leaves for its August recess. Mr. Schumer said he had support from the five main Democratic negotiators involved in talks.

“It is not a deadline to determine every final detail of the bill,” he said. A vote of support on Wednesday, he added, would signal that “the Senate is ready to begin debating and amending a bipartisan infrastructure bill.”

On Monday, Mr. Biden pushed for passage of the agreement during remarks at the White House, where he promoted his administration’s economic progress. But administration officials made clear later in the day that their patience for the finalization of the bipartisan agreement was running thin.

“We believe it’s time to move forward with this vote — with congressional action,” Jen Psaki, the White House press secretary, said at a news briefing. Asked what the administration’s backup plan was if the plan failed to clear the test vote, Ms. Psaki demurred.

“We’re not quite there yet,” she said. “There is a lot of good work that’s happened. Two days is a lifetime in Washington, so I don’t think we’re going to make predictions of the death of the infrastructure package.”

Republican leaders said they wanted to see legislative text before voting on a deal.

Democrats have argued that negotiators have had nearly a month to iron out the details and that the Senate has previously taken procedural votes without finalized bill text — including when Mr. McConnell led his caucus in a failed attempt to repeal and replace the Affordable Care Act in 2017.

The biggest sticking point remains how to pay for the plan. The I.R.S. plan was estimated to bring in more than $100 billion in new tax revenue over a decade.

It is unclear what the group will turn to as a substitute. White House officials and the 10 core Senate negotiators — five Democrats and five Republicans — were working on Monday to find a new revenue source.

Senator Rob Portman, Republican of Ohio and a key negotiator, floated the prospect on Sunday of undoing a Trump-era rule that changes the way drug companies can offer discounts to health plans for Medicare patients as an option. The Congressional Budget Office estimated in 2019 that it would cost $177 billion over 10 years, and the rule has not yet been implemented.

“But we’ll let those conversations happen privately and be supportive of them from our end,” she said.

Senators were expected to virtually meet Monday evening as they continued to haggle over the details. The group met for more than two hours Sunday evening.

Mr. Biden continued to push on Monday for legislative action, casting his economic policies, along with vaccination efforts, as a critical driver of accelerating growth. He promised that his remaining agenda items would help Americans work more and earn more money while restraining price increases, pushing back on a critique from Republicans.

Administration officials and Mr. Biden say the Democrats’ $3.5 trillion plan — the larger bill that would follow the bipartisan infrastructure bill — will dampen price pressures by increasing productivity. The president said the proposals would free up Americans to work more through subsidized child care, national paid leave and other measures, as well as improve the efficiency of the economy.

The spending “won’t increase inflation,” Mr. Biden said. “It will take the pressure off inflation.”

He also said he had faith in the independent Federal Reserve and its chair, Jerome H. Powell, to manage the situation. The Fed is responsible for maintaining both price stability and maximum employment.

“As I made clear to Chairman Powell of the Federal Reserve when we met recently, the Fed is independent. It should take whatever steps it deems necessary to support a strong, durable economic recovery,” Mr. Biden said. “But whatever different views some might have on current price increases, we should be united on one thing: passage of the bipartisan infrastructure framework, which we shook hands on — we shook hands on.”

Mr. Biden used more of the speech to push for the $3.5 trillion plan, which Democrats aim to pursue without Republican support through a process known as budget reconciliation, which bypasses a Senate filibuster.

In describing the varied social and environmental initiatives he hopes to include in the plan, the president repeatedly stressed the need for government action as a means to raising living standards and creating jobs.

That plan contains the bulk of Mr. Biden’s $4 trillion economic agenda that is not included in the bipartisan bill, like expanding educational access, building more affordable and energy-efficient housing, incentivizing low-carbon energy through tax credits and a wide range of other social programs meant to invest in workers.

Republicans have also amplified concerns about inflation since Democrats pushed through a $1.9 trillion pandemic relief bill in March. In a letter to his conference this week, Representative Kevin McCarthy of California, the Republican leader, said that “prices on everything from gas to groceries are skyrocketing,” and he vowed that “we will continue to hold Democrats to account for their reckless handling of the economy.”

Mr. Biden’s economic team has said repeatedly that inflation increases are largely a product of the pandemic and will fade in the months or years to come.

Mr. Biden dismissed a question from a reporter after the speech about the potential for unchecked inflation, which he said no serious economist foresaw. 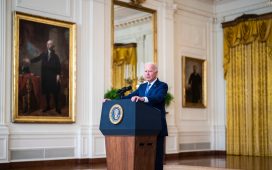 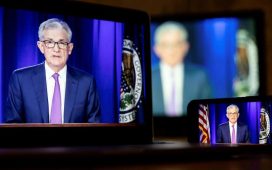 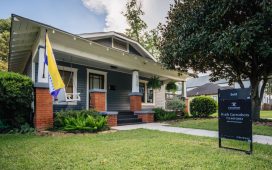 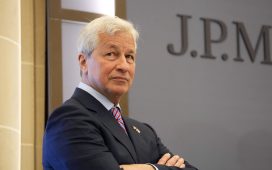