Sergio Marchionne, who has died aged 66, having suffered complications after an operation, was renowned in the motor industry for the way he engineered dramatic turnarounds in the fortunes of Fiat and subsequently the Fiat Chrysler group. With the approval of the company’s controlling Agnelli family, he became chief executive of Fiat in 2004, even though he was an accountant and tax specialist who had no previous experience of the car industry, taking the helm of a company that had lost $7bn the previous year.

He took drastic measures to restore Fiat to financial health, including laying off thousands of employees, persuading General Motors to pay $2bn to sever its ties with Fiat, and slashing the time it took to bring new models to market. One of his most notable successes was overseeing the introduction of a new Fiat 500, an ingenious modern reworking of the original 1950s small car.

During his tenure, he boosted Fiat’s share value by more than 10 times. The financial analyst Massimo Vecchio, of the Italian investment bank Mediobanca, commented: “He’s got a lot of American in his management style. The only thing that matters to him is results. If you don’t deliver, you are out.” Nonetheless, although he was castigated by Beppe Grillo of Italy’s Five Star political movement for cutting jobs and closing factories, Marchionne was not indifferent to the plight of workers.

In 2009, Fiat struck a deal to take on the ailing Chrysler group, and Marchionne replaced Robert Nardelli as chief executive of Chrysler. In 2011, the new Fiat Chrysler Automobiles reported a profit for the first time in five years.

However, in February that year, Marchionne sparked controversy when he commented that loans to Chrysler from the US and Canadian governments had been made at “shyster rates”, a comment deemed to carry antisemitic connotations. He apologised, while also pointing out that the interest rates, “although appropriate at the time, are above current market conditions”.

In September 2014, Marchionne became chairman of Ferrari, replacing the outgoing Luca di Montezemolo, and in 2015 instigated a plan to spin off Ferrari from FCA as an independent company, offering 10% of Ferrari’s shares for sale to the public and the remaining 90% to existing FCA shareholders. Ferrari had been an independent company from its creation in 1947 until Fiat purchased a majority stake in 1969. Marchionne aimed to raise cash to fund a five-year investment plan with the objective of creating an organisation that could rival the Volkswagen group, but his attempt to merge with General Motors was rebuffed by the American company.

Despite his array of existing commitments, Marchionne took a close interest in the Ferrari Formula One team, keen to recapture the glories of the Michael Schumacher era, and it was at his initiative that the team principal Marco Mattiacci was replaced by Maurizio Arrivabene. The subsequent signing of the multiple world champion Sebastian Vettel coincided with a steady increase in Ferrari’s competitiveness, and Marchionne involved himself in strategy discussions about F1’s future while cannily striking up an informal alliance with Mercedes. He was unhappy about new engine rules planned for 2021, and threatened that these could prompt Ferrari to quit the sport.

Marchionne was born in Chieti in the Abruzzo region of Italy, the son of Maria (nee Zuccon) and Concezio Marchionne. Concezio met Maria while he was serving in the carabiniere in the Adriatic region of Istria, but moved to Chieti in 1945 when Yugoslav troops occupied Istria.

When Sergio was 13, the family emigrated to Toronto, where they had relatives. He acquired dual Canadian and Italian citizenship and became fluent in English, French and Italian. After attending St Michael’s College school, he earned a degree in philosophy from the University of Toronto in 1978, then a degree in commerce (1979) and an MBA (1985) from the University of Windsor. In 1983, he had added a law degree from Osgoode Hall Law School of York University, Toronto.

He then worked as a tax specialist and chartered accountant for Deloitte & Touche in Toronto. From 1985 until 1988, he was group controller and then director of corporate development for Lawson Mardon group, a packaging company.

He moved through a succession of executive posts at companies including Glenex Industries, the accountants Acklands and the chemical and pharmaceutical company Alusuisse Lonza group. As chief executive of Alusuisse, he hived off its drug business into Lonza group, and in three years had tripled profits. In 2002 he was appointed chief executive of the Geneva-based SGS group, which was controlled by the Agnellis. They liked his style, and in 2003 he was appointed to the Fiat board of directors.

Though he cut a somewhat nondescript figure in his unchanging uniform of jeans and a black pullover, Marchionne was a driven and energetic figure. He fuelled himself on strong espresso coffee and endless packs of Muratti cigarettes, whiled away the time on his numerous transatlantic flights with intense sessions of poker, and set a ferocious professional pace with which his employees and partners were expected to keep up. He liked to let off steam by driving his stable of Ferraris round the company’s Maranello test track. “When you’re pissed off, there’s nothing better than this,” he said.

He is survived by his partner, Manuela Battezzato, and by two children, Alessio and Tyler, from his marriage to Orlandina, from whom he had separated. 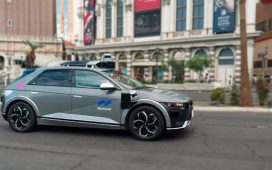 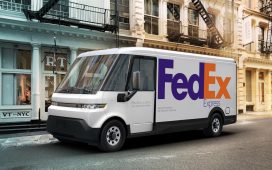 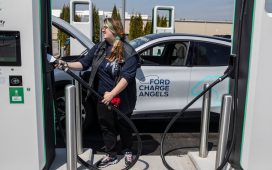 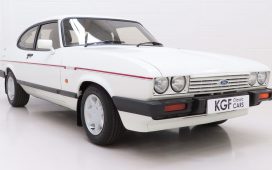