The game industry reached a new boiling point this week as more than 200 people made allegations of sexual assault, rape, and harassment. They took to social media to tell harrowing tales of overcoming fear of ostracism and proceeded to relate stories of disgusting behavior by their abusers.

This week feels like a new upheaval in the industry’s attempt to deal with discrimination. It comes a matter of weeks after the Black Lives Matter protest began to shake up the industry — along with the entire nation — about mistreatment of Black people. That eruption elicited a positive response from the game industry to do better in its treatment and representation of Black people. And it seems this new eruption will also result in changes for women and other abused people — so long as the movement doesn’t fizzle, perhaps due to inaction by those in power, as has happened in the past after big moments such as in 2019 or 2014.

The response is different compared to 2014, when a smaller number of women criticized the sexist culture of gaming and were pilloried by anonymous critics on the internet in a controversy known as Gamergate. Feminist critic Anita Sarkeesian, game developers Zoe Quinn and Brianna Wu, and others warned that the game industry had a sexism and harassment problem, though much of that discussion focused on how women were depicted in games, alleged corruption in game journalism, and the lack of representation of women in game companies.

In the summer of 2018, Kotaku published a long story on a culture of sexism at Riot Games, showing systemic problems at a company where 20% of the then-1,700 or so staff were women. Riot apologized, changed its management practices and staff, and came up with new values to put its “bro culture” behind it.

Another eruption happened in September 2019, as the #MeToo movement came to games. Coming off the movement that hit the media and entertainment industries, a handful of cases involved allegations of men sexually abusing women in gaming. Allegations of abuse named prominent independent game developer Alec Holowka, the co-creator of indie hit Night in the Woods. He died by suicide shortly after allegations were leveled against him.

Other accusations also shed light on the gaming industry’s #MeToo problem, but they were often one-off cases that came and went in the news cycle. And in the wake of Holowka’s death, the ire of anonymous posters often went against those who dared to speak out for “ruining the lives” of the alleged abusers.

The allegations this time have hit every part of the industry: game developers, marketers, publicists, influencers, game journalists, livestreamers, and companies big (Ubisoft) and small.

While many women faced further harassment from anonymous posters on Twitter, this wave of allegations was also marked by an outpouring of supportive comments. They included women who corroborated the stories of women who came out with stories of abuse, which made it harder for the accused men to hide behind denials.

“I stand by you” or “I believe you” are common reactions on many of the posts from survivors. Clearly, as last year’s eruption demonstrated, the survivors sharing their stories took enormous risks because they had to weigh whether the disclosures would lead to backlash. Much of that backlash has happened, but support has been forthcoming as well.

One case unleashed the latest allegations

A former community manager named Karissa (@SJBsMama on Twitter) started with an accusation on June 17.

While we’re at it, here’s another man to add to the gaming industry predator garbage pile. Yesterday was the first time I said something publicly about this, and I’m done being silent, despite that fuckstick in the reply telling me to shut up. I WILL NOT. Thread: pic.twitter.com/bXXQHkQmcV

In the case of Chris Avellone, a prominent writer on games such as Dying Light 2, the allegations were so numerous, as were the corroborating statements of others, that game developers immediately cut ties with Avellone. Gato Salvaje, the maker of the upcoming The Waylanders role-playing game, said that Avellone is no longer associated with its project. Techland also cut ties with Avellone on Dying Light 2.

Here’s the statement regarding our cooperation with Chris Avellone: pic.twitter.com/ozLXZdVPZw

Online Performers Group CEO Omeed Dariani stepped down from his post after allegations of abuse by an Overwatch community development leader on Twitter. The streamer Lono apologized on Twitter for his behavior toward women after he was called out by fellow influencers. Astro Gaming quickly said it would stop sponsoring Lono.

And on Wednesday, Ashraf Ismail, the creative director of Assassin’s Creed: Valhalla, also stepped down from his role in Ubisoft’s next major game following allegations.

I am stepping down from my beloved project to properly deal with the personal issues in my life. The lives of my family and my own are shattered. I am deeply sorry to everyone hurt in this.

Ubisoft also said it is investigating a number of allegations leveled in the past few days against its employees for abuse, rape, and harassment. “We are deeply concerned by these accusations. We take any allegations of abuse or harassment very seriously and we are looking very closely into the allegations to determine next steps,” an Ubisoft spokesperson said in an email to GamesBeat.

Many of the allegations are now archived in a Medium post created by Jessica Richey, a streamer in New York. Those allegations include responses from those accused where available.

It seems many of the industry’s biggest companies have multiple cases, leading to allegations that they didn’t enforce their human resources policies. Twitch CEO Emmett Shear stated that the company was looking into incidents related to its employees. Insomniac Games, the maker of Marvel’s Spider-Man, was also accused by a former employee of doing little to stop predators. The company said it was taking appropriate steps to address the accusation.

The discussions also spilled into poor treatment of employees in general. IGN’s former management, for example, was accused of mistreating journalists and forcing them to create incorrect stories, along with allegations of sexual misconduct.

Many game companies have recently pledged their support for Black Lives Matter and committed to rooting out racism in their ranks. Phil Spencer, the head of Xbox, pledged that Microsoft would investigate the circumstances surrounding the resignation of a Black employee at Mixer (which it’s shutting down) because of what the employee said was racist treatment.

And now it seems that sexism and sexual harassment will also be investigated — again. It appears a lot more people will be watching now to see if investigations result in change. 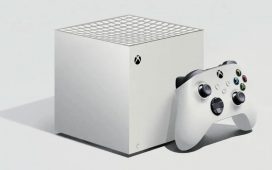 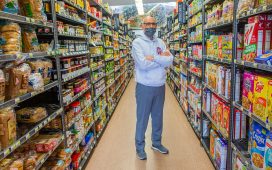