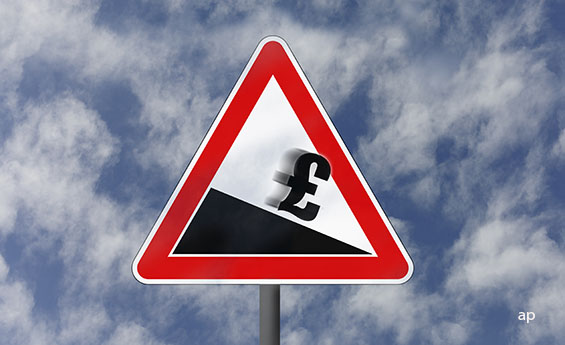 Litigation firm Burford Capital said that the bear raid that knocked its shares down 65% in a single day last week was “consistent with illegal market manipulation”.

The firm published a detailed analysis of the trading patterns in its shares from two days before and after US hedge fund firm Muddy Waters published its report on the company. Burford said it had made regulators and lawyers aware of its findings and is “considering its options”. In a 25-page report Muddy Waters said that Burford was a “perfect storm for an accounting fiasco” and called the governance strictures at the business “laughter-inducing”.

Burford’s analysis into the trading patterns has been put together in conjunction with Columbia University’s Professor Joshua Mitts.

Central to Burford’s accusation is a tweet by hedge fund Muddy Waters on August 6, the day before the “bear raid” on Burford’s shares. Muddy Waters posted on Twitter on August 6 that “we will announce a new short position on an accounting fiasco that’s potentially insolvent and possibly facing a liquidity crunch.” Following this tweet, £90 million of sell orders in Burford Capital stock were placed and cancelled – when the average daily trading volume for the company is usually around 20% of that level. At this point Burford had not been named by Muddy Waters.

Burford says the activity is an example of “spoofing and layering”, to move the share price in a certain direction without actually conducting any trades.

The sell orders continued up until after the 8:53am tweet by Muddy Waters, which named Burford as the target of the bear attack. At that time Burford’s shares fell 7.6% but only 27,885 shares were sold out of orders of 291,364 shares.

“It strains credulity to believe that a decline on the order of hundreds of millions of pounds in market capitalisation was driven solely by actual trading amounting to a few hundred thousand pounds absent market manipulation,” Burford said.

Burford also noted that certain key phrases used on Twitter such as “insolvent” can trigger algorithmic selling in a share, ie. when banks and hedge funds’ computer trading systems respond automatically to movements in a company’s share price.

Burford’s shares are down 11% on Monday morning to 780p. Before last week’s price slide the shares were trading just below £14.

Some market experts argued that the plunge in the share price, although extreme, was not unusual in the current market. One UK fund manager said the slide could be put down to “informational asymmetry” – the Burford rebuttal to Muddy Waters took a few days to be published. “The negative news is out, the positive news is not out – in that gap, fear lurks,” the fund manager said.

Burford said on Monday that chief investment officer Jonathan Molot had bought 339,863 shares in the company at 856p, in addition to the 350,643 shares he bought following the release of the Muddy Waters report. Molot now owns 9.2 million of Burford shares, or just over 4% of the company’s share capital

Peter Sleep, investment director at Seven Investment Management, said this purchasing of shares by a board member is “quite a powerful statement” that could offer re-assurance to existing shareholders.

Fund managers Neil Woodford and Invesco’s Mark Barnett own were also dragged into the controversy last week. Invesco owns nearly 14% of Burford Capital and Woodford Investment Management own 9%, according to Morningstar Direct data.

What are property buyers and sellers allowed to in lockdown?