The business caters for young people from toddlers up to 16-year-olds. Haircuts are its bread-and-butter, and its forte swift, on-trend styling and magnificent distractions for a clientele more prone to trantrums or wriggling than gazing in mirrors.

After four years ShortCuts is the UK’s main brand in the sector. “We’re our own competition,” says O’Neal.

“Cutting children’s hair is difficult. They don’t like sitting still.”

As a dad of two young sons he knew what other parents were up against. And as someone working in the finance sector who had always wanted to be his own boss, he also realised here was a great business idea: a go-to salon big on amusement with zero stress.

“The aim has always been to make ShortCuts a good and fun experience for all the family,” he says.

Unlike say in surgeries, toys here are not token add-ons.

Youngsters become easily occupied when they sit in a model car while they get a cut, older ones play games and the interior design makes spaces for siblings and accompanying adults.

As for the styling itself, that takes just nine minutes on average.

“The environment we’ve created is vital but even more so are the skills of our staff. They drive our productivity,” says O’Neal who employs 30 full and part-timers.

He launched his first salon Milton Keynes, the kitting-out made possible after securing a £15,000 Government-backed Start Up Loan.

From that foundation he has since expanded across England, helped by concessions in Mothercare and now a spot in urban play centre Under 1 Roof in south-east London.

“We bring in footfall, cutting hair is for real not possible virtually, although our salons have certainly benefitted from social media as they are so photogenic,” observes O’Neal.

“Sometimes families travel for an hour to get to us, we’re a destination. That makes centres ideal for us because the parking is easier.”

Plans are advanced for ShortCuts to sell its own, organic product line next.

The majority of customers are boys, but he is keen to broaden the appeal and has now pamper packages as well for girls.

Now expert in managing the expectations of children and parents, two other challenges however are harder for him to overcome: recruitment and business rates.

“I am always looking for hairdressers with the right children skills,” he says. “I try to be the best employer possible, don’t micro manage and offer the most flexible working times I can.”

Rising business rates though are curbing ShortCuts’ expansion. O’Neal is clear what ambitious businesses like his need.

“If the Government would increase the £12,000 rateable threshold properly that would help,” he adds.

“That is why further investment and franchising are the most viable option for us going forward. There’s certainly a market and we know how to make it succeed.” 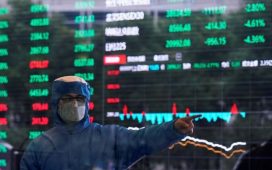