Ford Motor‘s (NYSE:F) shares have had a rough 2020. Thanks to some out-of-character missteps, and a whole lot of concern about the outbreak of novel coronavirus, the Blue Oval’s once-high-flying shares have fallen 38% since the beginning of the year.

Whenever a good company’s shares hit hard times, we have to ask: Is this a buying opportunity? Let’s take a look at whether it’s time to buy Ford stock now.

The case for buying Ford stock

Ford has struggled in the past couple of years, as missteps in China and an aging U.S. product line have put pressure on its margins. But looking ahead, there are good reasons to be bullish about Ford and its business:

Long story short, there are several efforts in motion that should not only fix what has ailed the company, but should also boost Ford’s bottom line and margins substantially over the next few years. That’s the nutshell bull case for the stock.

But what’s the the case for the stock right now? 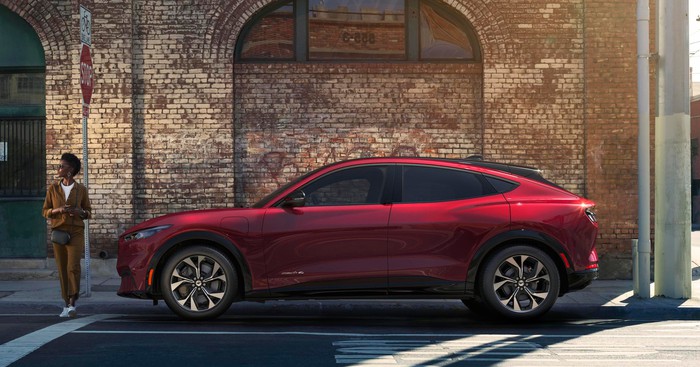 The battery-electric Mustang Mach-E is the first of a series of electric Fords expected over the next couple of years. Image source: Ford Motor Company.

Of course, there are also some reasons not to buy Ford stock right now, or at least to think carefully before doing so.

It seems very likely that the U.S. economy is now (or shortly will be) in a recession, as Americans hunker down at home to wait out the COVID-19 pandemic. Auto sales are likely to fall dramatically for at least a few months: We already know that new-car sales in China fell about 80% in February, when the Chinese government instituted strict quarantine measures.

If there’s a recession, even a short one, Ford’s sales and profits will fall, and its stock price will probably fall further as well. The risk here isn’t that Ford will perish — it’ll be fine in the long run — but that you might get the stock cheaper by waiting.

Ford’s current CEO, Jim Hackett, has received mixed reviews. On the one hand, he’s a visionary, with a strong sense of how Ford should best position itself as new technologies transform the industry. On the other hand, he has been criticized for not communicating his vision well to employees, stakeholders, and investors.

The good news is that Hackett appears to have delegated day-to-day management to Ford’s new chief operating officer, veteran Jim Farley. Farley probably has what it takes to get Ford where it needs to go — but he still has to prove it to investors. 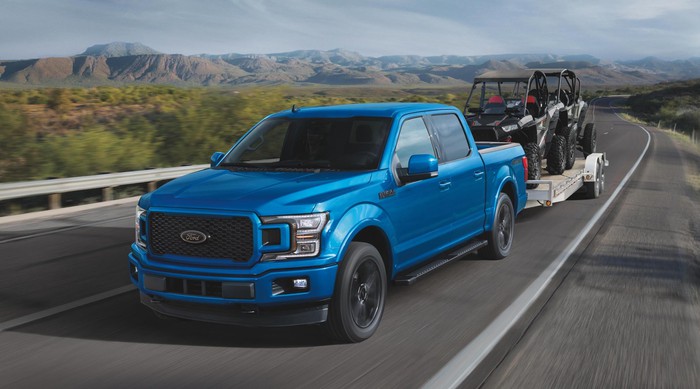 Ford’s F-150 is older than its two biggest rivals; that has hurt pricing and margins. An all-new F-150, expected later this year, should help turn that around. Image source: Ford Motor.

Should you buy Ford stock now?

I think you could certainly do worse than to buy Ford stock right now, but I also think that you might do better if you wait. If the coronavirus outbreak pushes the U.S. economy into recession, as seems likely, you will almost certainly have the opportunity to buy it at a better price in a month or two.

That said, I own Ford stock and have no plans to sell. If you already own Ford stock, I suggest hanging on to it. If you sit tight and reinvest that fat dividend through whatever economic storms lie ahead, you’ll probably be pretty happy with the results when auto sales (and auto stocks) start to recover.

Hitman 3 speedrun: How I beat the Dubai stage in 24 seconds