Should you invest in a startup?

But Max also wanted an angel investor who understood personal finance and would be a sounding board for his ideas. Having come across my FT column, “We need a financial driving test for young people”, in which I discussed the importance of teaching young people about personal finance, Max contacted me to discuss his fledgling enterprise.

In a coffee shop in the City of London, he outlined his business. The idea for his company came to him after becoming overwhelmed and frustrated when he tried to learn about personal finance.

Rofagha had decided to create a daily email newsletter that explained topical and relevant financial news for millennials and Gen Zs, which they could read in less than three minutes. I immediately said yes to investing in his startup.

Over the years, I’ve invested in several startups. Sadly, many have lost money.

But I’ve also learnt some valuable lessons. Investing in a startup means accepting the very high probability of a total capital loss for a tiny chance of a massive return. You should never invest capital that you can’t afford to lose.

You can also manage your risks as an investor in several ways. One is to spread your capital across several startups. Another is to seek tax relief both on the original investment and any losses. Invest in businesses you have some knowledge and understanding of, and make sure the overall fundraising is sufficient to enable the company to get to the next milestone.

There may be other reasons why things don’t work out. I invested in a company with UK rights to distribute a revolutionary interactive video meeting system aimed at professional advisers. But it didn’t prove easy to get lawyers, accountants and financial advisers to realise the potential to meet their clients virtually.

Sadly, the company was wound up, and I lost all my money. As the pandemic has since proven, it was the right idea at the wrong time.

Then there was the company that developed a system enabling financial advice to be automated, but still with human involvement. It had proven the system on a small scale, but it needed to develop the ability for larger-scale deployments. 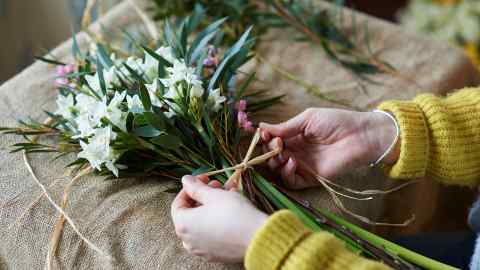 The business became insolvent and, again, I lost all my money. The main problem was that the well-intentioned founder lacked the necessary business skills to scale the business. It was a case of the right idea with the wrong people.

One year I had taxable capital gains and income tax liability that I wanted to shelter under the generous enterprise investment scheme (EIS) rules. I chose to invest in a new EIS-qualifying business set up by an experienced film production team to produce a documentary about pop culture in the 1960s, narrated by actor Michael Caine.

The sales agent for overseas territories rights generated barely any income and production costs ate up most of the UK rights income. After seven years, I ended up with 20p for every pound invested. Tax relief reduced my effective loss from 80p to around 30p in the pound.

That experience underlined the essential principle that you should not let the tax tail wag the investment dog. Invest in a business because you believe in it, and treat any tax reliefs as a bonus on top.

Invest in people first
I’ve yet to see a startup pitch presentation that doesn’t forecast impressive revenue and customer growth. Or that suggests the business will run out of money or have to pivot and reinvent itself several times.

But I look for people who have navigated obstacles and setbacks, as evidence that they can adapt when things don’t go according to plan. Since the people behind any startup are critical to executing the business plan, it makes sense for an investor to get to know them.

I want to see founders with high emotional intelligence and good communication skills. I want to know that they have considered various “what if?” scenarios, should things go wrong, and talk through how they’d handle them.

Be wary of crowdfunding
Platforms like CrowdCube and Seedrs have revolutionised the ability of founders to raise capital and allowed a wider group of people to invest in emerging companies of the future.

But tread carefully. Many fledgling companies use these platforms to raise money on unreasonable valuations by tapping into the loyalty or connection with their clients and customers.

A case in point is a fintech business that is currently on one of these platforms, which has no customers, no revenue and high fixed costs. The only tangible achievement I could identify was that they had the results of a beta test of their product with 6,000 non-paying users. This business was trying to raise money on a valuation of nearly £22m.

Social returns
Investing in startups can also make sense because you think the business will create some form of social return. For example, this year I invested in a small Norwegian startup taking an innovative approach to helping marginalised people access financial services.

There was no EIS tax relief, no shareholder perks on offer, and I doubt my investment will make much of a financial return. But I feel that I’m helping the well-intentioned founders get off the ground and make a difference.

Late one evening a few weeks ago, Rofagha signed the final papers to sell Finimize to the investment giant Abrdn. At a stroke, he netted a handsome reward for his business and became part of Abrdn’s leadership team.

As a result of the sale, my own modest original investment turned into a very nice lump sum. Yes, this is the exception, not the norm. It is the needle in the proverbial startup haystack. But it’s what angel investing is all about. When it goes right, it goes really right.

Finimize didn’t have EIS tax status at the time I invested. But because I qualify for investors’ relief, my capital gains will be taxed at only 10 per cent.

Five years ago, my wife was dubious about my decision to invest some of our hard-earned wealth into a startup run by a young guy I met for an hour in a London coffee shop. Now she thinks I’m a genius.

Jason Butler is an expert on financial wellbeing and presenter of the “Real Money Stories” podcast. Twitter: @jbthewealthman