Six of the biggest US tech companies have dodged paying more than $100billion (£77billion) of corporation tax since 2010, a major study has claimed.

Analysis by the Fair Tax Mark group found there was a huge ‘tax gap’ between the amount Facebook, Amazon, Apple, Netflix, Google and Microsoft say they are paying in relation to their profits and the amount that is actually handed over to governments. 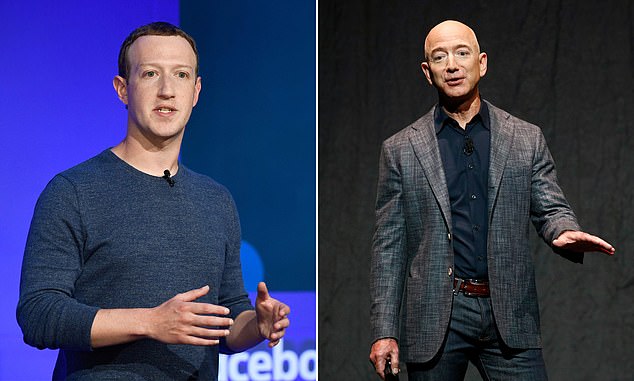 But by analysing company filings in the US and Europe, they found the so-called Silicon Six paid a far smaller amount – around £139 billion.

Retail giant Amazon, run by Jeff Bezos, paid just £2.6 billion of tax over the decade so far. This is equal to 12.7 per cent of its profit.

Facebook, meanwhile, run by founder Mark Zuckerberg handed over taxes worth 10.2 per cent of its profit, Google paid 15.8 per cent, Netflix 15.8 per cent, Apple 17.1 per cent and Microsoft 16.8 per cent.

The Fair Tax Mark believes a lot of the corporation tax shortfall ‘almost certainly’ comes from outside the US, such as through the use of tax havens for overseas operations.

Read More   Dematerialisation of shares: How companies race against time and investors reminisce about a bygone era

The organisation, which runs an accreditation scheme for companies’ tax payments, identified Bermuda, Ireland, Luxembourg and the Netherlands as among the tech titans’ favoured havens.

Fair Tax Mark chief executive Paul Monaghan said: ‘We conclude the corporation tax paid has been much lower than is commonly understood.’

The Fair Tax Mark’s analysis focused on the amount paid to governments and excluded factors the companies use to calculate taxes – or their ‘effective tax rate’ – on their stock market filings. These include money that has been set aside that could be used on taxes at some future point, known as deferred tax charges.

An Apple spokesman said: ‘We pay all that we owe according to tax laws and local customers wherever we operate.’