New research from the Massachusetts Institute of Technology (MIT) is now poising to be the “holy grail” for smart devices regarding security and protecting the technology from hackers that aim to access the device. The study discovered access points for the machines and how threat actors might use them to insert spyware or monitor usage that may lead to potentially dangerous access. 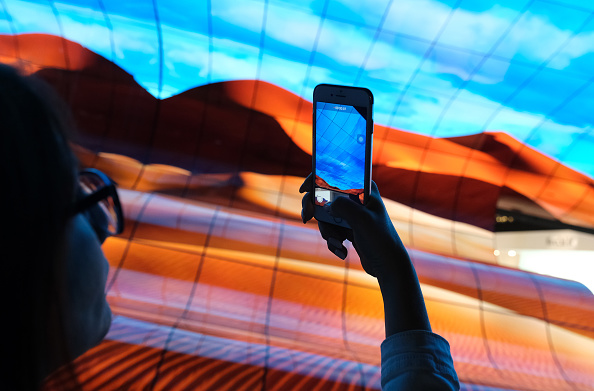 (Photo : Sean Gallup/Getty Images)
A visitor photographs a display of curved OLED televisions at the LG stand at the 2019 IFA home electronics and appliances trade fair on September 06, 2019 in Berlin, Germany.

MIT News reports that there is a new study that published its findings regarding smart device security. Despite the researchers exploring this vulnerability, they also provided a way to protect it. This improvement for a smart device’s safety is a way to protect the public from the invasive cyber attacks that may necessarily be known to a person.

The research published in the IEEE Journal of Solid-State Circuits entitled “S2ADC: A 12-bit, 1.25MS/s Secure SAR ADC with Power Side-Channel Attack Resistance” explained how it would avoid these accesses.

Taehoon Jeon, Anantha P. Chandrakasa, and Hae-Seung Lee talked about “side-channel attacks” that have digital processors vulnerable to the said attacks. The researchers noted that high-power attacks on the digital processors that require massive energy to work are what threat actors may capitalize on for their attacks.

Smart Device: Security is a Need for These Times

The study said that there is a way to combat this, and it is to split the power into “smaller chunks,” and which would help “randomize the process” and avoid any hacks from invasive technology. It would not change anything for the ADC’s conversion process and help the device prevent attacks on this end.

Device Security: Is It In Danger?

There is no denying that hackers and threat actors are getting clever in creating viruses or malware that may access a device for many users, especially now that the world is highly reliant on technology. Security threats to the different technology are massive, and even private insurance companies are backing out in their coverages for cyberattacks.

Most of the attacks come from mobile devices, particularly iOS and Android interfaces, primarily used in the current tech landscape worldwide.

One of the most significant threats now is the BRATA malware that recently got reports claiming it is upgrading its invasive systems to access Android smartphones for their purposes. Of course, these threat actors capitalize on installing malware on the smart devices, as they thrive on the stolen information they may use against users.

As technology improves and develops for the world, there is also a bad side to it, as threat actors are getting more abilities in accessing devices, and it would not need one to open or download specific apps. The focus of the study aims to prevent the hackers from doing what they want and help users get more protection that they need.