Smartphones could one day 'diagnose' schizophrenia


Smartphones could one day reveal whether a person has schizophrenia, app developers claim.

A team behind the app AICure are working on technology that analyses a user’s facial expressions and speech.

Schizophrenia is best known for causing hallucinations, delusions and confused thoughts. However, the disorder is also linked to blank facial expressions, poor eye contact and a monotone voice.

The team tested AICure’s ability to rate schizophrenia symptoms in 21 patients. The results were ‘highly correlated’ with a doctor’s assessment, they claim.

However, critics argue the study was too small to prove anything, with some also worrying the app may lead to people self diagnosing the condition. 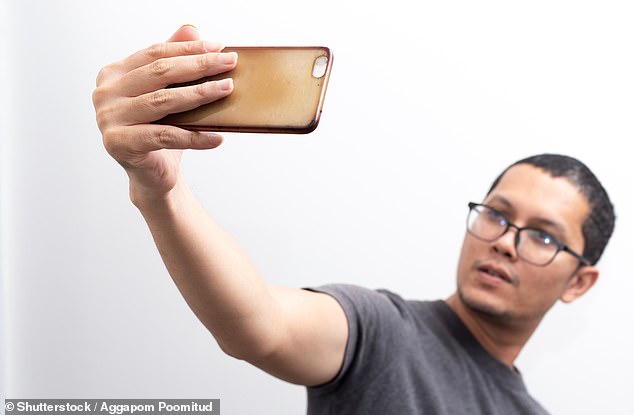 The study was led by Professor Isaac Galatzer-Levy, vice president of clinical and computational neuroscience at AICure.

Around one in 100 people in the UK will suffer a schizophrenic episode at some point in their lives, Living with Schizophrenia statistics show.

In the US, around 3.2million Americans (1.2 per cent) have been diagnosed with the disorder, according to MentalHelp.net.

There is no single test for schizophrenia. Most patients are diagnosed by a specialist mental health team after experiencing one or more symptoms for a month.

Schizophrenia is a chronic and severe mental disorder that affects how a person thinks, feels, and behaves.

People with schizophrenia may seem like they have lost touch with reality.

The cause of schizophrenia is not understood and it is believed to be a mix of genetics (hereditary), abnormalities in brain chemistry and/or possible viral infections and immune disorders.

The symptoms of schizophrenia fall into three categories: positive, negative, and cognitive.

Positive symptoms are disturbances that are ‘added’ to the person’s personality and include:

Negative symptoms are capabilities that are ‘lost’ from the person’s personality and include:

Cognitive symptoms are changes in their memory or other aspects of thinking and include:

Figures suggest around one percent of the world population suffers from schizophrenia with around two million in the US.

AICure will track a user’s facial expressions, while also assessing the tone and pitch of their voice, according to its developers.

It will then rate the severity of these symptoms, before sending a score to the patient’s doctor.

AI Cure will not measure more ‘classic’ schizophrenia symptoms, such as hallucinations.

To put it to the test, 21 people with schizophrenia and nine ‘controls’ used the app once every seven days over 12 weeks.

Each participant was checked over by a doctor at Mount Sinai Hospital in New York at the start and end of the study.

The app’s symptom ratings were found to be ‘highly correlated’ with those of the medic.

Read More   Mo Bros set to cycle 6,000 MILES from London to Tokyo for the Movember Foundation – and it all started over a pint

Full results were presented at the European College of Neuropsychopharmacology annual meeting in Copenhagen.

The team hope AICure will one day be used to support and monitor schizophrenia patients.

It may also be helpful in other mental health conditions, they add.

The pharma giant Takeda is trialing the app’s ability to assess the effectiveness of schizophrenia drugs.

However, not all experts are convinced by AICure’s potential just yet.

Professor Galatzer-Levy argues it is ‘proof of concept’, with the company looking to ‘capture more data’.

Test results aside, another expert worries about how AICure may be used.

Effy Vayena, from the Swiss Federal Institute of Technology in Zurich, said: ‘These kinds of technology can be used outside of the clinical care setting.’

AICure is already an app, however, the ‘schizophrenia element’ has not yet been added.

It is also not available to the general public, with users being asked to provide a staff login or activation code after downloading it.

AICure currently assesses a patient’s adherence to medication by having them take their necessary drugs while looking into the phone’s camera, according to its website.

The interactive medical assistant, named IMA, also assess a patient’s symptoms, such as by asking them to hold their hand to the camera to monitor shaking.

‘We provide the healthcare industry access to behavioural data. This allows them to understand and predict which treatments are most effective.’

Read More   The Guardian view on the obesity crisis: ideological posturing will not help | Editorial

Could tapping my chest cure my post-lockdown nerves? | Zoe Williams

High blood pressure: List of surprising foods that could increase your reading

Vapers are 19 per cent more likely to suffer from asthma, study finds