This is a developing story. Check back for updates.

SoftBank will take control of embattled work space company WeWork, according to people familiar with the matter.

The deal will value WeWork between $7.5 billion to $8 billion on a pre-funding basis and could be announced as soon as Tuesday. It is SoftBank itself taking control, not the start-up focused Vision Fund. After the move, Softbank would then have as much as 70% or more control of WeWork.

SoftBank exec Marcelo Claure will be involved in the company’s management, while former CEO Adam Neumann’s stake will fall to low double digits. Prior to the takeover, SoftBank had already invested $10.65 billion in the space-sharing company. Part of the new funding will involve warrants that were expiring, the sources said.

The company was reportedly set to lay off at least 2,000 people, about 13% of its staff, as recently as last week. WeWork staff told the Guardian that they believe the cuts will not stop there, suggesting more of the company’s 15,000 person workforce could be sacked.

The anticipated SoftBank takeover marks the latest chapter in a dramatic year for what was at one point anticipated to be one of Wall Street’s hottest initial public offerings. Last month, the start-up terminated plans to go public. Its much-anticipated IPO prospectus in August revealed a huge $900 million loss in the first six months of 2019 and drew worries over its corporate governance practices.

Such concerns peaked in July, when the We Co. agreed to pay Neumann $5.9 million in stock for the trademark to “We,” previously the property of We Holdings, an investment vehicle run by Neumann.

Since Neumann’s departure last month, WeWork’s been laser-focused on raising new capital. The company has been in talks with J.P. Morgan to discuss a debt financing.

Fallout from the controversies and subsequent plummet in value has led to a tense relationship between former Neumann and SoftBank‘s Son, who has invested billions into the start-up. 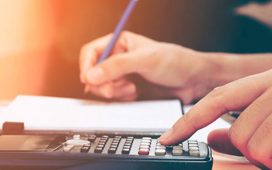