Sunday brought a report in the Financial Times that Vision Fund head Rajeev Misra is looking to raise a multi-billion dollar fund to buy listed stocks. The blueprint was established last year with SoftBank’s investment in controversial German payments company Wirecard AG via a convertible bond. The new plan looks like a bid to do more unconventional equity investments in the same vein.

The development marks a strategic departure. After all, the $100 billion Vision Fund was established to take stakes in private, tech-focused startups. SoftBank has already had to deny that there’s a “misalignment” between Misra and the group’s founder and Chief Executive Officer Masayoshi Son over the idea of investing more in public companies. But it’s not hard to see why Son, and other SoftBank shareholders, might need persuading.

Setting up a listed-equity vehicle would bring in new revenues from management and performance fees. It could also create capital gains (or losses) from any investments in the fund that are made using SoftBank’s own capital. Whether it would make such commitments — and the decision-making around any such moves — is unclear. The FT said funding of about $4 billion is being lined up from sovereign funds in Abu Dhabi and Kazakhstan.

There is some logic to Misra’s idea. It would, theoretically, marry SoftBank’s nous in emerging technology with the experience in trading and structured products possessed by a bunch of former bankers working for the Vision Fund. The result could bring a new dimension to SoftBank, similar to how the American buyout giants have become purveyors of real-estate, private-equity and credit strategies.

The numbers being spoken of may be small relatively. But SoftBank’s core competence is in a specific sector, technology, and a specific category, late-stage venture capital. It needs to be crystal clear about why it would have an edge in the listed markets. The new offshoot would engage in financial engineering by wrapping listed investments in leveraged structures. But would it be looking to hire people or engage advisers with that expertise in a public-equity strategy if it didn’t already have it on the payroll? Or is the tail wagging the dog?

SoftBank shares trade at a near 60% discount to net asset value, hence Elliott’s interest. That’s due largely to high-profile mishaps in the Vision Fund, such as WeWork, even though the fund still accounts for only a 10% slice of SoftBank’s overall managed assets. The risk is that, as with the Vision Fund, this venture has an outsized impact on sentiment toward SoftBank overall.

Ironically, SoftBank has a huge opportunity already to dabble in the stock market and do financial engineering. The discount at which its shares trade means it could buy nearly $50 billion of underlying investments by spending $20 billion on its own stock. Son could fund such a buyback either by raising debt or selling some of SoftBank’s shares in Alibaba Group Holding Ltd., Sprint Corp., telecoms subsidiary SoftBank Corp. or even chipmaker Arm Holdings via a public offering. Maybe the brains in the Vision Fund could start by identifying which of these levers to pull. 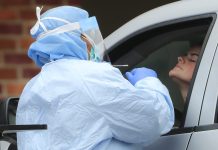 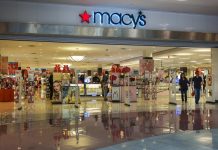 Build for India, create oppportunity to build for the world: Amitabh Kant at ET...