A British songwriter who crafted hits with Adele and Stormzy has sold part of his back catalogue to a music investment firm.

Hipgnosis said it had snapped up worldwide income rights held by Fraser T Smith to 298 songs, including several UK and US number one hits.

Smith was entitled to royalties from 2011’s Set Fire To The Rain by Adele (pictured), as well as Sam Smith’s 2014 album In The Lonely Hour. 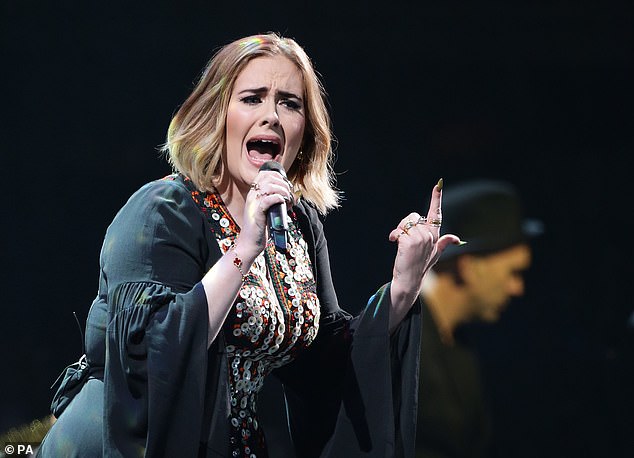 Sound profits: Fraser T Smith was entitled to royalties from 2011’s Set Fire To The Rain by Adele (pictured), as well as Sam Smith’s 2014 album In The Lonely Hour

Hipgnosis did not disclose how much it had paid for the income rights.

The company has raised more than £625million from the markets since it listed in London in July last year.

He writes and produces enormously successful songs that make popular music not only special but culturally important.’

Now would be a crazy time for banks to resume dividends