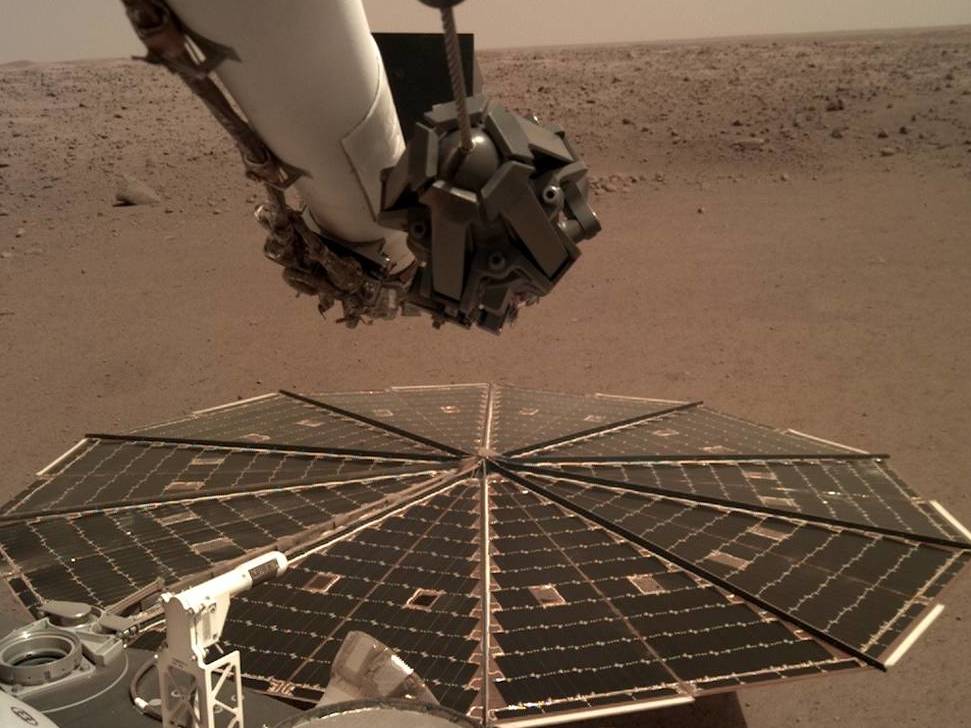 The sound of wind blowing across the surface of Mars has been recorded for the first time.

Nasa’s latest spacecraft, the InSight lander, captured the “haunting low rumble” of Martian winds on 1 December, in a landmark moment for space exploration.

The InSight spacecraft landed on the Red Planet just ten days ago.

The Mars lander’s sensors detected vibrations from the wind, which is thought to have been blowing at between 10 to 15 mph, northwest to southeast.

“But one of the things our mission is dedicated to is measuring motion on Mars, and naturally that includes motion caused by sound waves.”

The wind vibrations were recorded in different ways on two of the spacecraft’s sensors.

But the lander’s seismometer recorded vibrations which were caused when the wind moved over the spacecraft’s solar panels.

“The InSight lander acts like a giant ear,” said Tom Pike, a member of the InSight team.

“The solar panels on the lander’s sides respond to pressure fluctuations of the wind. It’s like InSight is cupping its ears and hearing the Mars wind beating on it.”

“That’s literally what sound is — changes in air pressure,” added Don Banfield, another member of the team.

“You hear that whenever you speak to someone across the room.”

The InSight project will cost Nasa $814m (£633m) over two years, as the US space agency aims to discover more about how Mars was formed.

Researchers also hope to discover more about the Red Planet’s structure, by using the spacecraft to map its core, crust and mantle.

The spacecraft landed on Mars on 26 November, after surviving the so-called seven minutes of terror, a perilous landing phase that has wrecked many previous spacecrafts.

Only 40 per cent of missions to the planet have succeeded and all have been led by the US.

Researchers at Nasa hope that an even clearer sound from Mars will be recorded in the future.

The Mars 2020 rover is expected to land on the planet with two microphones on board, with one included specifically to record the sound of a Mars landing.

Humans eat more frequently in the presence of 'social foragers'

The Pandemic Is Disrupting Years of Field Science – Slate

Nasa Kepler space telescope powers down and might be dead

Sony's $2,900 robotic dog AIBO will soon be able to turn on microwaves, vacuum...