SpaceX Starlink: These are the exact dates and times to see Starlink from the UK this week


With just a little preparation, you this step outside, look up at the night sky and – weather permitting – spot SpaceX Starlink satellites. Elon Musk‘s controversial constellation will pass over the UK this week – and those in the right place at the right time have an excellent chance of spotting them.

The Starlink constellation, which has been slammed by numerous astronomers, will eventually number approximately 12,000 satellites.

The satellites are designed to provide low-cost broadband internet services around the world.

In order to achieve this, the constellation sits in low orbit, making them easily visible to the naked eye.

READ MORE: Starlink satellites: What are they for? What is SpaceX’s Starlink?

A statement on the SpaceX Starlink site said: “With performance that far surpasses that of traditional satellite internet, and a global network unbounded by ground infrastructure limitations, Starlink will deliver high-speed broadband internet to locations where access has been unreliable, expensive, or completely unavailable.”

The UK skies will host two more incredible opportunities to spot the Starlink satellites this week.

The weather plays a large part in how visible the satellites.

Fortunately, the Met Office has forecast the skies above the UK South coast are forecast for “very good visibility”.

Express.co.uk has compiled the exact dates and times amateur astronomers and eager photographers alike should look skyward to catch a glimpse of the cutting-edge space tech.

One of the best to check is Satflare – which is available to download HERE.

Apple iPhone owners can alternatively can download the Starlink Tracker app, offering the public constantly updated times and dates depending on your location.

Users are able to discern the satellites if you allow your eyes to adjust to the dimness and look out for what appear as fast-moving stars flitting across the night sky.

How do Starlink satellites work?

Internet signal can be sent up to a satellite and spread out through the network before being fired back down again to any location on Earth.

Delivering internet via satellite is far more efficient than traditional fibre optic cable methods because the signal travels 47 percent faster as a wave through the vacuum of space.

From an infrastructure perspective, Starlink means there is no need to lay vast amounts of cabling across parts of the world.

This results in a time delay in sending and receiving data, in contrast to Starlink satellites, which are smaller and orbit closer, meaning they can carry and triangulate data much faster. 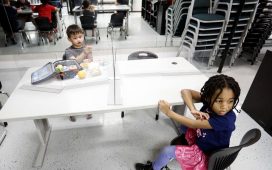 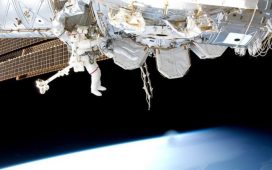 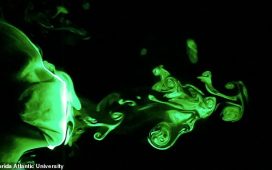