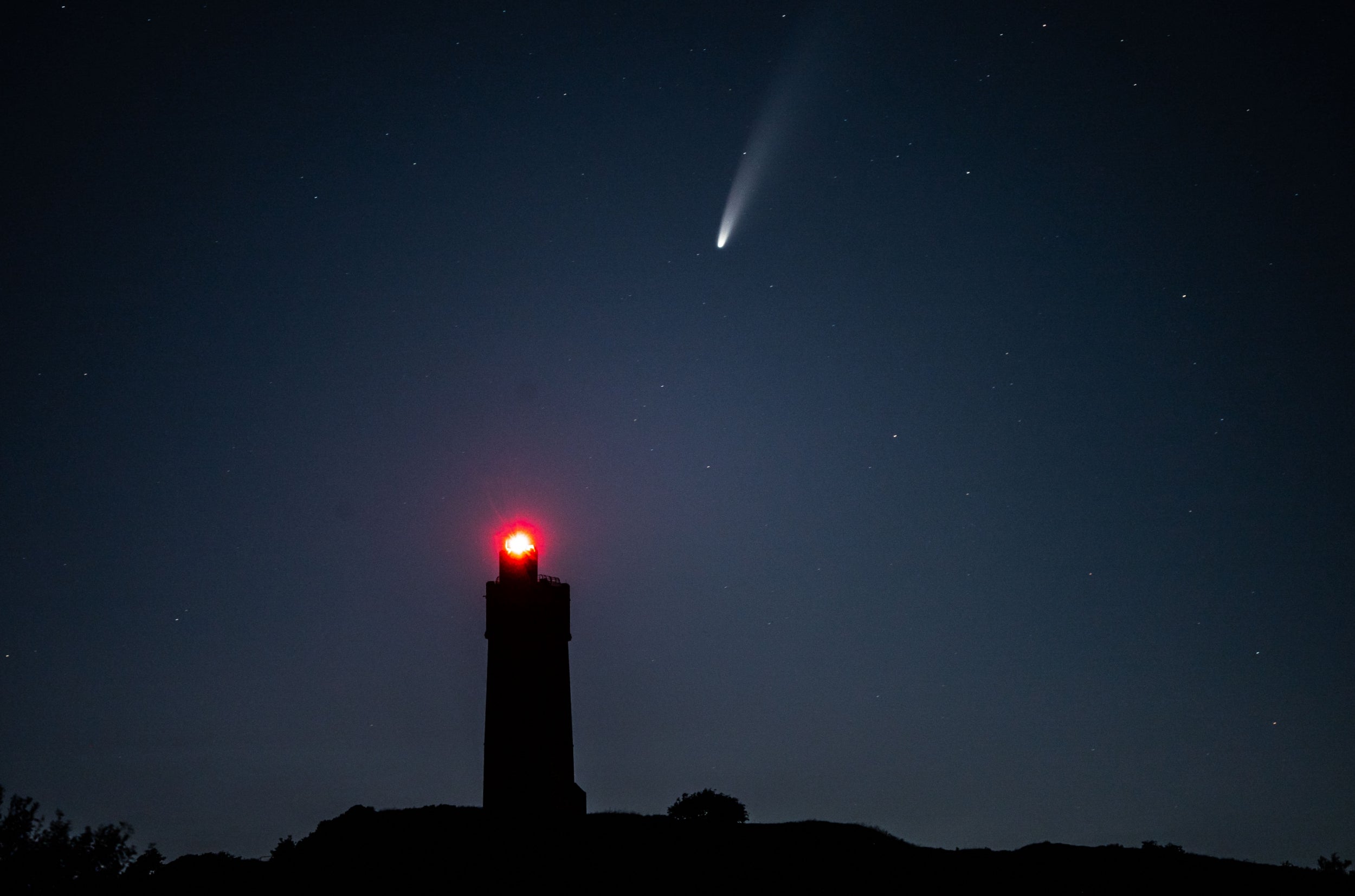 Images of the Comet Neowise, which is currently shooting across the outer Solar System, have been disrupted by Elon Musk’s SpaceX Starlink Satellites.

Neowise only makes its journey once every 6800 years, but the satellite network has obstructed views of the comet.

Timelapse images have resulted in streaks being seen across the sky.

There are currently over 400 Starlink satellites in orbit above the Earth, in an endeavour to deliver high-speed internet by 2021.

Eventually, there will be a constellation of around 12,000 of these satellites in space.

The reason for the satellites’ brightness is because they orbit closer to Earth than other satellites. Starlink orbits the earth at an an altitude of around 550km, rather than the 20,000km for altitude of medium-Earth orbit satellites or the 36,000km for geostationary satellites that provide GPS systems.

“Astronomers, astrophysicists, and astrophotographers are concerned about the great deployment of small satellites orbiting the earth,” astrophotographer Daniel López, who snapped a photo of the disrupted Neowise, told Gizmodo.

“Now they want to launch some 40,000 [satellites] later, other companies will want to launch their own into orbit, and the sky will not be what it has been for millions of years. Thousands of dots will appear and disappear in the night sky.

“I personally think that if no action is taken, it will be the end of astronomy as we know it from the surface of the Earth,” López added.

Lopez is not the only one to share this view. Smith College astronomer James Lowenthal warned of this occurrence in 2019.

“If there are lots and lots of bright moving objects in the sky, it tremendously complicates our job,” Dr. Lowenthal told the New York Times. “It potentially threatens the science of astronomy itself.”

While SpaceX is experimenting with measures to make the satellites less visible, there will still be times when the satellites are visible to the naked eye.

“We’ve taken an experimental and iterative approach to reducing the brightness of the Starlink satellites. Orbital brightness is an extremely difficult problem to tackle analytically,” SpaceX said.