Spanish executive slammed after IT meltdown at TSB: UK bosses kept in dark


Spanish executive slammed after IT meltdown at TSB: UK bosses kept in dark over risks of transferring computer system that led to chaos for 2m

A senior Spanish executive at TSB will be blamed for poor judgment in a 300-page report into the IT fiasco at the bank that led to almost 2m customers being locked out of their accounts last year.

The debacle happened when it tried to transfer to an IT system run by its owner, Banco Sabadell of Spain, whose technology arm Sabis was managing the move. Despite the fact the move affected millions of customers, the investigation will also reveal that only one of TSB’s two giant data centres on the South Coast were tested ahead of the attempted launch of the new system.

Failure to carry out tests on both centres led to weeks of chaos for TSB customers. The report will reveal that British bosses, including the former chief executive Paul Pester, were kept in the dark about the fateful decision. 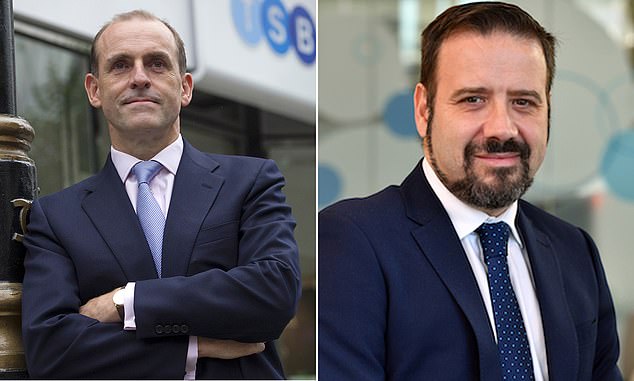 Fiasco: Former chief Paul Pester (left) and Carlos Abarca, who has been singled out for criticism

Carlos Abarca, who was until recently chief information officer at TSB, will be singled out for criticism in the investigation by law firm Slaughter & May.

The report, expected today, will say Abarca was aware of ‘many’ shortcomings in the tests performed on the system and that ‘he should have escalated them’ to the board.

Instead, it appears the board were in the dark over the decision to test only a single data centre, despite the potential for harming customers.

The report will say that Abarca’s confidence the IT platform ‘would work as expected’ was ‘ill-judged.’ Sabis put a request to test only a single data centre to a meeting of the Testing Delivery Forum, a group of managers in charge of making sure the new system would work, in February 2018. That was rejected and a decision was taken to test both centres. But Sabis then approached Abarca separately and told him they could only test one data centre because if they tested both it could affect service at cash machines. Abarca agreed but did not inform Pester or other board members.

No one comes out of the TSB debacle smelling of roses.

Ex-chief executive Paul Pester fell on his sword, and rightly so given the scale of the disaster.

But what of the Spanish bosses at Sabadell, which took over TSB in 2015? They stood to gain hundreds of millions of pounds from the transfer of the IT system to their technology arm Sabis and must bear a large slice of responsibility.

The decision, pushed by Sabis, to proceed with the launch after testing only one of two data centres is staggering in itself. The fact this was done with the connivance of the former chief information officer and without informing the board is quite breathtaking.

The Spanish are understood to have been unco-operative with this investigation. They do not fall under the jurisdiction of the FCA, so there is little regulators here can do. The European Central Bank has looked into the affair but the risk is that unless the Spanish authorities get involved, Sabadell chiefs could fall through the net.

The very least they should do is apologise, but they appear to have treated the suffering of their UK customers and ordinary staff with contempt.

The whole sorry episode is an example of how not to behave in an overseas takeover.

He told the investigators ‘it was not the kind of decision we were sharing with the board’.

Pester was forced out in September 2018. His exit followed a disastrous appearance in front of the Treasury Select Committee earlier last year.

Abarca still works for TSB as chief technology innovation officer though he no longer falls under the City watchdog’s Senior Managers’ Regime.

With bottom not yet in for tankers, Evercore downgrades a key player

Can UK Smaller Companies Get Back on Track?