UK retail chain Sports Direct is counting the cost of its investment in struggling department store group Debenhams, admitting on Thursday that its near 30 per cent stake is worth £85m less than a year ago.

Sports Direct’s core business of selling discounted sportswear was robust in the year to April 29, with underlying earnings up 58 per cent to £105m. But the group’s pre-tax profits fell 73 per cent to £28m, causing its shares to fall more than 6 per cent.

Sales rose 4 per cent to £3.4bn in the year, although the gross margin dropped 1.4 percentage points to 39.7 per cent. This fall was also acquisition related, resulting from the group’s purchases of Bob’s Stores and Eastern Mountain Sports, the two US companies it brought out of bankruptcy last year.

Jon Kempster, finance director, said the group was “satisfied” with recent trading, in a period that included the World Cup and a long period of unusually hot weather.

“Everybody’s got behind the England team and we’ve seen some great sales of T-shirts and the like,” he said. “You don’t get a blip in the way you used to but we’re satisfied with trading over the period.”

On the Debenhams issue, the company said it owned the stake and others to further strategic initiatives. “We speak to them regularly as a financial shareholder and a commercial partner,” said Liam Rowley, the former equity research analyst who oversees Sports Direct’s investments. “But it takes two to tango.”

Current involvement is limited to operating concessions in Debenhams stores, but the number of these has fallen and Sports Direct envisages other areas for future co-operation: in overseas expansion, online retailing and better utilising UK store space.

However, the it has little to show for it so far. “There isn’t much tangoing going on at the moment,” said Tony Shiret, analyst at Whitman Howard, who like many others has questioned why working together requires Sports Direct to amass a large stake on which it has lost money.

Mike Ashley, Sports Direct’s founder and head, was less diplomatic. “At some point I will be smashing into Debenhams as to why they don’t do anything Sports Direct suggests,” he said, questioning among other things why the department store had not adopted his company’s click-and-collect policy. Sports Direct charges £4.99 for the service but gives customers a £5 voucher with their order. Many end up spending considerably more than that when they visit the stores.

Debenhams declined to comment. Its shares have fallen to 12p from 35p at the start of the year, following a series of profit warnings. It also faces the prospect of having to cut its dividend after reports that some insurers have tightened the terms on which they will extend late payment cover to Debenhams’ suppliers.

Sports Direct has also been critical of the proposed sale of House of Fraser, in which it owns 11 per cent, and of management at Iconix Brands. It owns 8.6 per cent of the heavily indebted US group, which owns sportswear label Umbro. “From a commercial perspective, [the Umbro holding] is the interest,” said Mr Kempster.

Sports Direct also owns about 27 per cent of French Connection, another high-street clothes chain, and has holdings in video-game retailer Game Digital and home-shopping retailer Findel.

Mr Ashley expanded his investment portfolio last year ahead of a disappointing Christmas shopping period for the UK high street that prompted retailers such as Carpetright and New Look to strike emergency deals with landlords to cut rents and close some shops.

Sports Direct bought into Game in July 2017, the same month it increased its stake in French Connection to 27 per cent. It bought its first direct stake in Debenhams in August last year.

Laith Khalaf, an analyst at investment group Hargreaves Lansdown, commented that “a strategic investment in Debenhams has cost Sports Direct dearly, as the department store’s share price has collapsed by 70 per cent over the last year”.

“The company has a string of such ‘strategic investments’,” he said. “It’s hard to fathom the precise strategy at play here.” 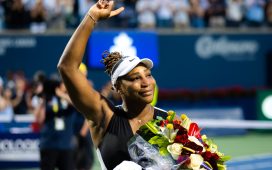 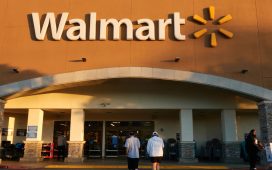 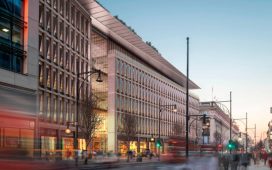 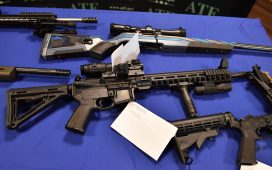