JERUSALEM, June 13 (Xinhua) — Hundreds of Israeli startups showed their best transport technologies in front of buyers, and potential partners from the global automobile industry, at a major smart mobility event.

The seventh edition of the annual smart transportation event organized by EcoMotion was held in the coastal city of Tel Aviv from Monday to Thursday, attracting over 1,000 senior executives from international companies in the field of transportation and hundreds of vehicle industry leaders.

EcoMotion is a joint venture of the Israeli Innovation Institute, the Alternative Fuels and Smart Transportation Administration and the Ministry of Economy.

On Thursday, Israeli Prime Minister Benjamin Netanyahu met in his office with Ford Motor Company Executive Chairman William Clay Ford who was an honored guest of the EcoMotion week.

“Israel has finally got an automotive industry. We tried, when I was a young officer, we had cars, Israeli-made, fiberglass cars,” said Netanyahu. “And that’s just changing transportation.”

The event presented the latest technological developments in smart transportation, including an exhibition of some 130 Israeli and international startups.

“We recognize the importance of being in one of the world’s leading innovation communities and ecosystems,” said Ford chief in a statement released with the inauguration of the new innovation lab.

Renault-Nissan alliance also launched an innovation lab in Tel Aviv, with the same focus and purpose as Ford, along with other global carmakers.

The new lab will work in partnership with the Israel Innovation Authority that sponsors various high-tech labs around the country.

“We are looking for new technologies that we don’t have, and Israel is one of the most advanced countries in cybersecurity, IT and sensing technologies. That is why we are here,” said Asami.

Asami believes that the new technologies which are promoted by the Israeli government could help his company “change the ways in which customers use the vehicles, the cities are designed and the automotive business is conducted.”

Although driverless vehicles are already running on streets in some regions, “it will take five, or 10 years, even decades” until fully autonomous vehicles are perfect in their function, according to Asami.

About the security and safety of the autonomous cars, Asami said that “zero fatality is the first target, and zero accidents are the second target. We have no choice but to try to achieve it.”

At the main event, Ford expressed his admiration to the Israeli start-up industry, as the companies “spark innovation.”

Israeli workplaces, especially in the high-tech industry, usually don’t have strict rules, so every worker could feel free to act as a manager, and to push his ideas directly to the CEO and the owner of the company.

READ  Amazon’s growth may be impossible to stop, argues this terrifying New Yorker profile - The Verge

The open-minded workplace atmosphere in Israel is a great fertile ground for innovative, unique and out-of-box ideas to come up all the time.

Israel made years ago a strategic decision to become a world leader in the future automobile industry, partially because it needs an energy alternative to oil for future transport.

Naama Kaufman Fass, vice director-general at the Israeli Ministry of Economy and Industry, said in an interview with Xinhua that she expects the number of participants in the conference to double next year.

Fass added that Israeli government, especially the Ministry of the Economy and the prime minister, supports the smart mobility industry and wants to evolve it.

Among the exhibitors was Yandex company, which demonstrated its autonomous car technology. The company’s autos already roam on streets of Las Vegas in the United States, Moscow and will now be tested in Tel Aviv.

Also on display was a prototype design of a flying car by NFT company, whose electric aircraft can lift off and land vertically. It can drive like a car and fly like a plane. 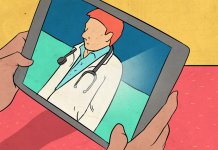 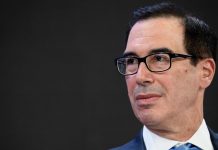 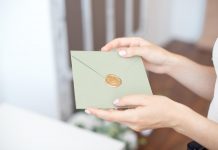 In the wake of COVID-19, UK puts up £20M in grants to develop resilient tech for critical industries – TechCrunch

So This Is How the Tech Bubble Finally Ends: Fully Charged – Bloomberg

Trust in your vision and see it clearly