Highly valued tech companies have taken a beating at the end of 2018, but a group of high-profile private companies are about to give Wall Street a new valuation test in 2019.

The coming year is expected to be shaped by “decacorn” IPOs, as continued uncertainty around the fate of the bull market combined with a desire for liquidity among longtime investors and employees prompt private companies valued at more than $10 billion to test the public waters. According to The Wall Street Journal, nine U.S.-based startups have been valued at more than $10 billion by private investors — and at least five are expected to go public in 2019, mostly in the first half of the year.

Such a rush of major offerings would follow a big 2018, during which 38 companies valued at $1 billion or more went public, according to the Journal, citing data from Dealogic. That marks the highest level of unicorn IPOs since 2000.

“There’s so much momentum heading into 2019,” said Barrett Daniels, a partner with Deloitte & Touche who focuses on technology IPOs. “A bunch of big companies where the windows might not be as relevant have their sights set on next year, and I feel pretty confident that at least the first half of next year is going to be pretty great.”

Both Lyft Inc. and rival Uber Technologies Inc. have filed confidential IPO paperwork, putting them on track for potential offerings in the beginning of next year if they choose to continue the process. Other big names, including Airbnb, Palantir, and Pinterest could hit the public markets as well, along with a host of companies with large valuations that don’t crack the $10 billion level, such as Slack Technologies Inc.

Opinion: Apple is a ‘buybuybuy’ right now, and other FAANG stocks are bargains too

The list is likely to grow. Companies that were thinking about going public in 2020 might decide to push up their plans to the early part of next year, according to Daniels, given some skepticism about whether the market will hold up in the next two or three years. While he deems volatility “the enemy of IPOs,” he expects that the largest private companies will be able to plow through “choppiness that could make the typical unicorn uncomfortable.”

Current broad market activity suggests that, in terms of overall IPO volume, 2019 likely won’t be on par with 2018. There have been 214 IPOs so far this year, according to data from PricewaterhouseCooper, up from 176 in 2017 but down from 268 in 2014, the recent peak.

While the total number of IPOs is falling, deal size is creeping up. The average deal in 2018, excluding overallotment, raised $254 million, PwC said. That’s up from $249 million in 2017 and the highest level since 2014, when Alibaba Group Holding Ltd.


went public in a blockbuster deal that raised $22 billion.

The companies going public today tend to be older than those that held IPOs in the dot-com bubble, meaning they have more mature business models and raise more money. “Companies that have shown a pathway to profitability in light of slowing growth have been very well-received by institutional investors,” even if they’re still in the red at the time of their offerings, said Rohit Kulkarni, the head of research at pre-IPO marketplace SharesPost.

Opinion: The current tech bubble is a Chinese import

Though the businesses going public in the next year might be generally larger and older than those that have had IPOs in the past few years, expect them to follow a similar playbook, including when it comes to dual-class share structures that limit voting power for individual investors.

“There’s been some pushback from the institutional-investor community and public investors, but I don’t see it changing anytime soon, and I don’t see issuers deciding not to do dual-class if that was their natural inclination,” said Brad Weber, a Goodwin partner who leads IPOs on behalf of tech issuers and investment banks.

Regardless of whether you plan to invest in these companies, the IPO process presents an opportunity to learn more about major brands that have thus far provided limited information about their financials. “These are companies generating billions in revenue, so it will be interesting to see what’s under the hood,” said Adam Augusiak-Boro, a senior associate at EquityZen, an online marketplace for pre-IPO shares.

Here are the five decacorns that could go public in 2019, none of which were willing to speak about potential IPOs on the record when contacted by MarketWatch.

It’s no coincidence that news of Uber’s confidential filing broke on the same day as Lyft’s, as the two companies will likely be racing to see which can hit the public markets first.

“Getting there first allows you to set the narrative,” Augusiak-Boro said. “There’s more pricing uncertainty if you wait and let the other go first.”

Uber Chief Executive Dara Khosrowshahi has been publicly signaling intentions to take Uber public next year since he took over the top spot, setting the stage for a massive offering: Uber was valued at $72 billion as of August, and bankers have reportedly floated a $120 billion IPO valuation. The company has sought to revive its image after a history of scandals, and a potential offering would test whether investors are willing to forgive bad behavior from the company’s past. Uber is considerably larger than Lyft, reporting $2.95 billion in revenue, up 34% from a year earlier, but the company’s losses are also bigger. Uber posted a net loss of $1.07 billion in the latest quarter. The company’s chief financial officer wrote in a statement at the time that Uber was exploring growing areas including food delivery and scooters “as we look ahead to an IPO and beyond.”

READ  How to write an invoice

Even though Lyft is preparing to go public, not all think an offering would be a wise choice.

“The public markets are not for the faint of heart and certainly not for companies that are not properly established in their markets,” wrote Richard Windsor, a former Nomura analyst who now runs his own boutique shop, Radio Free Research. By letting Uber face the public market alone, Lyft would be able to “operate in a freer environment” without being “shackled to quarterly reporting and the agony of trying to match expectations and make money every quarter,” he said.

The home-sharing company just demonstrated a telltale sign of a company thinking about going public, according to Augusiak-Boro: It made a ‘big-time CFO hire” in November when it poached longtime Amazon executive Dave Stephenson to take on the role of finance chief. The company said that the most recent period was the “strongest quarter in Airbnb history” and the first in which the company logged upward of $1 billion in revenue. A source familiar with the company said no decision has been made but that the company should be ready for the IPO process by the middle of next year if executives choose to take the plunge. Airbnb fetched a $31 billion valuation after a 2017 funding round.

Recode reported earlier this month that Airbnb was considering a direct listing, similar to what Spotify Technology SA


did earlier this year when it eschewed a traditional offering and didn’t raise money through the process of going public. “A direct listing for Airbnb could make sense, as it fits the Spotify profile — a cash-flow-positive startup with broad market appeal and a more easily understood business model,” wrote Risun Udawatta, a research associate at Equity Zen.

Don’t miss: Will Airbnb move from home-sharing to home-building?

Ultra-secretive security firm Palantir Technologies Inc. tends to always make these sorts of lists, but the company has thus far resisted an IPO. 2019 might finally be the year, according to a Wall Street Journal report from October that said Palantir has talked with both Morgan Stanley and Credit Suisse about a deal that could bring the company public as early as the second half of 2019. An October 2015 funding round valued the company at $20 billion, according to the Journal, and the company hasn’t raised money since. Palantir “is making very solid progress from service-oriented government contracts to more enterprise, software-as-a-service revenue,” Kulkarni said. A Palantir spokeswoman declined to comment on the company’s plans.

Executives might be preparing to pin opening-bell shots to their online boards next year. The photo-sharing company, valued at $12.3 billion in a June 2017 funding round, is aiming for a mid-2019 IPO, according to a CNBC report from the summer than sourced people familiar with the company’s plans. Pinterest will have to make a case to investors that it can contend in the digital-advertising world, as general concerns about user data continue to hit Facebook Inc.

READ  So Much For A Seasonal Slowdown, II - Crunchbase News

The jury is out on whether payment-technology company Stripe Inc. will test the public markets. Kulkarni of SharesPost puts it on his list of decacorn possibilities, but Augusiak-Boro thinks the company looks less likely than others given that it recently raised a new funding round and discussed plans to invest growing the business overseas. A spokesman for Stripe, which was valued at $20 billion in that latest round, said the company had no plans for an IPO.

An honorary mention goes to business-chat company Slack Technologies Inc., which is also reportedly considering a direct listing, according to Recode. Slack is not quite a decacorn — it fetched a $7.1 billion valuation in August — but it could join the $10 billion club with a successful debut.

Though they don’t bear the same name recognition in the U.S., several big Chinese companies could also test the public markets in 2019, after big 2018 returns for China-domiciled companies such as Tencent Music Inc.


. Ride-hailing company Didi Chuxing, peer-to-peer lending giant Lufax and drone maker DJI have each been privately valued at $10 billion or more, according to The Wall Street Journal. 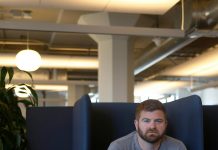 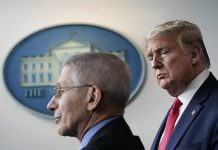 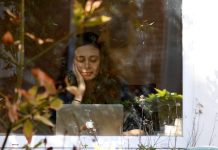 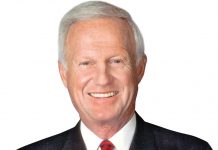 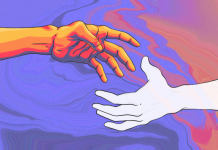 COVID-19 Pandemic: Startups Giving Back In A Time Of Crisis – Crunchbase News

One Business Prescription for the Coronavirus Crisis: Work ‘Closer to Trend’ – Footwear News