Sign up to myFT Daily Digest to be the first to know about Labour Party UK news.

Keir Starmer has won backing for his watered down proposals to change how the Labour party elects leaders, after running into internal opposition.

The opposition leader’s proposals for raising the number of MP nominations required by leadership candidates was approved by the party’s ruling national executive committee on Saturday.

The threshold for nominating candidates will be doubled from 10 to 20 per cent. It is intended to prevent a repeat of the 2015 leadership election which was won by Jeremy Corbyn, the radical veteran of the hard left who went on to lead the party to its worst election result in 80 years in 2019.

The NEC also backed a reduction in the number of policy motions debated at its conference and scrapping the party’s registered supporters.

But Starmer failed to gain backing for his plans to bring back the electoral college in which unions, MPs and members each made up one-third of the vote to elect Labour leaders.

Allies had described this as an attempt to demonstrate to the country that he was serious about shifting Britain’s main opposition party back to the centre ground.

The move echoes the strategy of former leader Tony Blair, who successfully changed Labour’s rules in the mid-1990 by abolishing Clause IV, the party’s historic commitment to public ownership.

The plans will be put to a vote at the Labour conference on Sunday. Starmer said the proposals would “put us in a better position to win the next general election.” 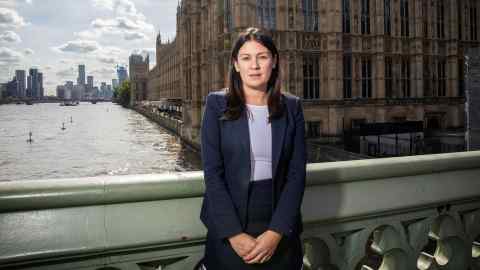 He added, “I hope constituency and trade union delegates will support them when they come to conference floor.”

But Starmer’s plans have enraged leftwingers who said he should instead be focusing on bread and butter issues.

Mish Rahman, co-chair of the leftwing grassroots group Momentum, said the plans threatened to “destroy the right of ordinary people to shape the future of the party” and would make the party overly Westminster focused.

Union leaders told Starmer at a meeting on Friday night that he should delay or cancel the plans, prompting the U-turn on the voting proposals on Saturday morning.

“Keir said on Tuesday it wasn’t a take it or leave it deal,” a party aide said. “That’s how we’ve approached it and we’re pleased with where we’ve ended up.

Ed Miliband, the former leader, scrapped the party’s electoral college system in favour of an entirely democratic approach called one member one vote, a move that opened the way for the election Corbyn.