“On the one hand we have a very good bureaucracy-free business environment which makes Estonia attractive, yet on the other hand we have only 1.3 million residents, which means that all our successful startups which keep their offices here are in big competition for talent to hire,” Truu told BNS, adding that this means we must be able to showcase Estonia very well in order for talent to wish to come here.

“Our statistics today shows that approximately 20 percent of the employees of the Estonian startup sector are foreigners and from very different cultures and nationalities. The biggest numbers of new people are coming from Brazil, Ukraine, Russia, Turkey, and India. Estonia looks like a fun place for them to relocate to. The startup visa is helpful in this, enabling to bring in talent outside of the immigration quota. Approximately 5,000 people work in the sector at this point,” Truu said.

During the first half of this year, Estonian startups raised €160 million.

It is difficult, however, to lure top-level specialists and managers to Estonia, Truu said.

“The reason why our startups usually have to leave in some phase is that they cannot lure an international C-level manager here, for instance,” she explained. “The reasons for it differ: Do we, for instance, have support services available? Mostly these people wish to arrive with families and they will be looking around for whether they can also find a good job also for their wife or whether they can find good schools for their children where education is available in English as well.”

Truu said that, fortunately, the topic of attracting foreign top specialists is getting attention both on the national and the city government’s level.

“We also need adaptation programs, but also general practitioner services in foreign languages, enough places in schools and rapid adaptation in every sense. This is long-term work and it won’t come fast. The key lies in cooperation between the various parties,” she added.

The second major challenge for local startups is the absence of large global corporations.

“When our startups wish to engage in cooperation with really big companies, they have to look for them elsewhere. It would be best if large corporations came here with a certain regularity to look at Estonia and search for interesting ideas, or would set up their branch offices here,” Truu said. “Large corporations sometimes come to Estonia, such as those from Japan, who are trying to keep their finger on the pulse, but all that should happen in a much more systematized manner in order for not just individual corporations to come here, but for them to keep coming here constantly.”

To attract large companies and foreign talent, Estonia must have a very good reputation, the building of which requires constant and continuous work. Referring to current political developments and utterances by members of some government parties, the head of Startup Estonia said that foreigners must feel welcome in Estonia.

The week-long Startup Week Tallinn festival that kicked off on Monday has brought together over 4,000 startup entrepreneurs, investors and interested persons in the Estonian capital, having emerged as one of the biggest events of its kind in the world, organizers said on Tuesday.

Download the ERR News app for Android and iOS now and never miss an update! 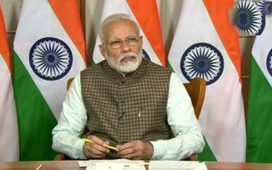 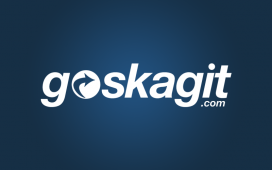